You are contacting Mark A. Gibson 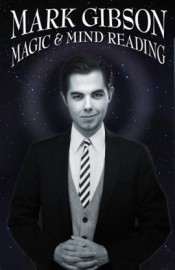 Described as the Rod Serling of Magic, Mark A. Gibson has taken Mentalism and Hypnosis and dragged it into the 21st century. A certified Hypnotist, a Magic Castle Award Winning Mentalist, Mark will make you believe you've just entered the Twilight Zone!
Request a Quote
Share this Page:
Profile Views: 903
Need Help?
✖