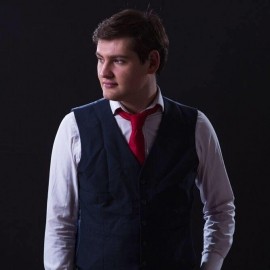 (2 Reviews)5.0
Country: United Kingdom
Based In: London
Performs: Worldwide
From: £300

I am a Michael Buble tribute but will also throw in a few Overtones or Baseballs songs as well as mainstream pop songs if wanted. I have been doing this act for 4 years now across holiday parks in the UK.
: 0745095XXXX Click here to reveal
full number

When contacting this member, please state that you are viewing their Entertainers Worldwide profile.
Request a Quote
Share this Page:
Profile Views: 811
Report this profile

I am a Michael Buble performer but have done many different things within my sets. They always vary from Frank Sinatra to The Overtones and many more jazz artists, I have also performed a lot of ,airstream artists such as Bruno Mars, Olly Murs, Jason Mraz to Meatloaf and many others. I also have worked with children before therefore I can also accommodate to their needs such as Disney songs or interval games with the children as well as adults.

This will vary and will be determined by the location of where I will be playing but there are countless songs in which you can enquirer about if I do and we can discuss in more detail.

I have been in the entertainment industry since the age of 5 where I performed in my first show Oliver Twist. This was my start in the big world where I then performed in countless pantomimes alongside people like James Argent, (from The Only Way Is Essex) to many other names. I studied music and drama in High School where I then dropped out after my exams to pursue my singing career and have been working on holiday parks as an entertainer and a manager of entertainment for 5 years. 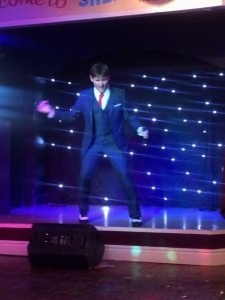 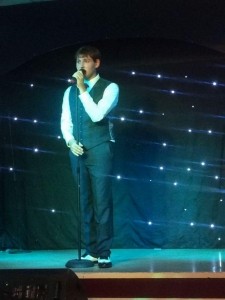 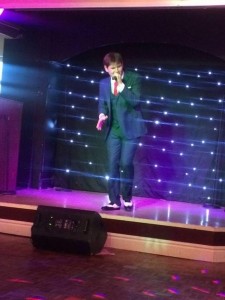 James Digby - Michael Buble Tribute Act - London Event Location: Muswell Hill London Event Type: Birthday party 1st January 2017
Fantastic performances and great enthusiasm. James is a genuine explosion of happiness and is a brilliant performer of one of my favourite singer Micheal Bubbles! Also he surprised me with other artists songs!!! Thank you so very much James for making my birthday party amazing!!!
Reviewed by: Alessia Rosini
James Digby - Michael Buble Tribute Act - London Event Location: Sheerness Event Type: Birthday party 8th October 2016
James is literally wow, got so much character and his performance was amazing! He takes owning the stage to a whole new level. His bubbly, fun and a great entertainer! Everyone loved him!
Reviewed by: Chelsea Parker

Holiday Parks have heard my Buble tributes and have always asked me to come and perform different kinds of acts as they want to see more of me and what I can bring for them. I have also performed in Bars and Restaurants doing a nice slow easy first set then as it got later and busier would then do a more upbeat second half.