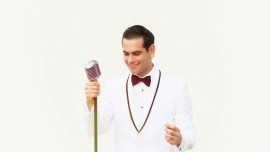 Whether you're Harry Connick Jr's biggest fan or just remember that big band sound from the 1940s and 50s, this special "Tribute to Harry Connick Jr." is fun for audiences of all ages and sizes.
: 504236XXXX Click here to reveal
full number

When contacting this member, please state that you are viewing their Entertainers Worldwide profile.
Request a Quote
Share this Page:
Profile Views: 335
Report this profile

Whether you're Michael Bublé's biggest fan or just remember that big band sound from the 1940s and 50s, this special "Michael Bublé Tribute Show" is fun for audiences of all ages and sizes. For over 35 years, JMO has been known around New Orleans for providing energetic live entertainment for everything from conventions and corporate events to weddings and charitable galas. Now JMO is proud to feature Mark Monistere in this special hour-long concert, backed by JMO's lively 8-piece horn band performing Bublé's greatest hits.
Now available for private events or bookings at public concerts ... and festivals nationwide.
JMO's "Michael Bublé Tribute Show" includes classic swing tunes made famous by Frank Sinatra, Harry Connick, Jr., and Bublé himself. Favorite tunes you'll hear include:
Fly Me to the Moon
Come Fly with Me
Almost Like Being in Love
Night and Day
Under My Skin
L-O-V-E
All of Me
Neverthless
Save the Last Dance
Sway
Home
Way You Look Tonight
Got the World on a String
A Foggy Day
Feeling Good
It Had To Be You
New York, New York

Don't Get Around Much Any More
Save The Last Dance for Me
Way You Look Tonight
Fly Me To The Moon
Stardust
It Had To Be You
Where Or When
Only You
I Could Write A Book
It's Alright With Me
Sheik of Araby
Jambalaya
Something You Got
Bésame Mucho
At The Mardi Gras
Bourbon Street Parade
(...and other Harry Connick Songs...)

Jimmy Maxwell is a society bandleader and pianist, as well as the founder and Executive Director of JMO. Blending the styles of Lester Lanin and Peter Duchin, he performs for debutante balls, charitable galas, and private parties across the U.S. and abroad in addition to providing the music of the New Orleans Mardi Gras. Jimmy also serves as director of the Louis Armstrong Society Jazz Band, has conducted for Harry Connick Sr. in “A Tribute To Frank Sinatra with the Nelson Riddle Orchestra,” and performed for Presidents Ronald Reagan, George H.W. Bush, and Bill Clinton, as well as members ... of the British Royal Family. Dubbed the "King of Mardi Gras Swing!" and "The Musical King of Carnival Balls" by The New Orleans Times Picayune, Jimmy has been the band for top social functions in New Orleans since 1981. From 1985 to 1989, Jimmy was partners with Peter Duchin, the famed society band leader from New York City. JMO’s performance at the 1988 Republican National Convention landed him on the front page of The New York Times along with Nancy and Ronald Reagan. President George H. W. Bush later invited him to play for the first anniversary inaugural ball at the Kennedy Center along with Harry Connick, Jr., Tony Bennett and Chubby Checker. 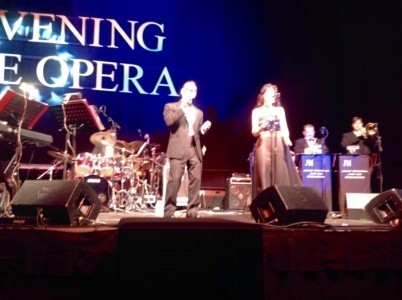 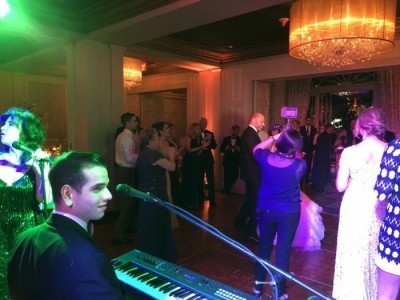 Jimmy Maxwell was musical director for Harry Connick Sr, and has performed with the Nelson Riddle Orchestra from the Waldorf Astoria in New York to private house parties in California. Whether it's a small intimate gathering or a concert hall for thousands, Mark Monistere and Jimmy Maxwell's tribute to Harry Connick Jr. always leaves the audience with the home town hospitality feel of New Orleans. Try it! You'll be glad you did.