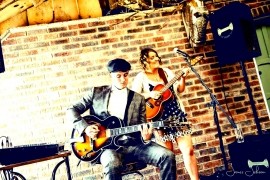 Kick Back Sundays are a multi-national Acoustic Duo based in Warrington, North West England. They consist of two guitars, foot percussion and a vocal harmonizing vocoder, making Kick Back Sundays visually and sonically unique.
Vocalist Ashleigh Rodier comes with a genuine Australian accent and has a sweet, strong vocal quality that is charming and hypnotising.
Ben Foster is a multi-instrumentalist who performs the duties of drummer, bassist and lead guitar all with one instrument and his two percussive pedals, one for each foot. He, alone, is a performance in himself and highly entertainin ... g to watch.
With a repertiore wide enough to suit any musical taste or venue, Kick Back Sundays are one of the most versatile Acoustic Duos in the Cover band industry today.

The members of Kick Back Sundays met back in 2013 in Perth, Western Australia. Ben was on travelling holiday working as a lorry driver, part of his run was delivering to the Ash ran and as they spent more and more time with each other they found they had a common love for playing/listening/performing music.
Ash was gigging around the Perth live music scene when they met. The more Ben went to watch her as a solo artist the more he was convinced that they could pair a tackle the world of live entertainment together. Since then they have relocated to the UK, in 2014, where they are still enjoyi ... ng a career of playing live music. They have embarked on a UK tour taking them from Glasgow to London and everywhere in between. Played functions at The Albert Hall, Manchester; Albert's Schloss, Manchester; numerous hotels within the Eclectic Hotels group. They play at least 4 times a week as a solo and as duo at restaurants such as The Oast House, Manchester; The Botanists in Manchester/Chester/Sheffield/Alderley Edge/Knutsford/Birmingham; Smugglers Cove, Liverpool; The Club House, Liverpool; Red Door, Liverpool and the list goes on... If you've been to a restaurant that has live music in the north of England chances are Kick Back Sundays have been there.
Now that they have performed in all corners of the UK Kick Back Sundays set their sights on Europe and the rest of the world, although they have been booked for gigs in Australia, Turkey, Germany and Estonia already. 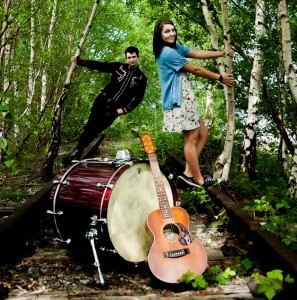 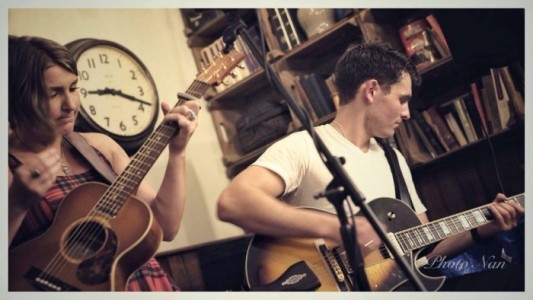 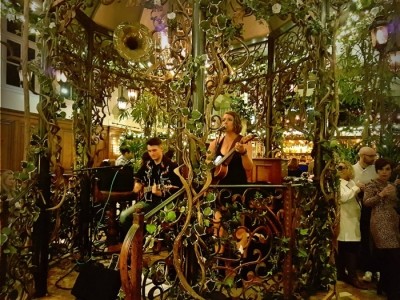 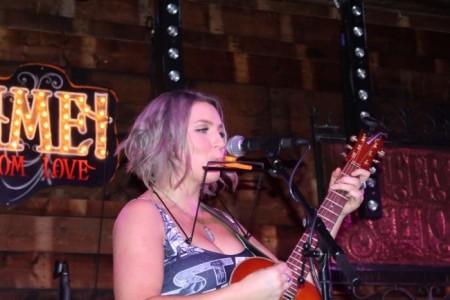 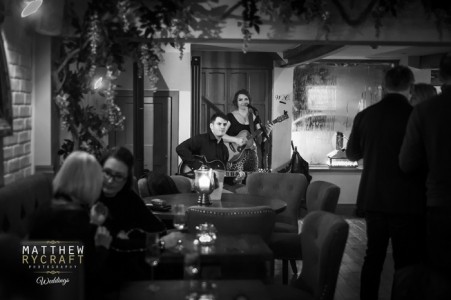 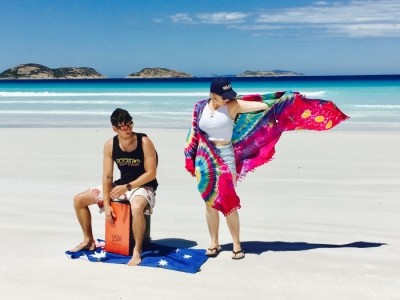 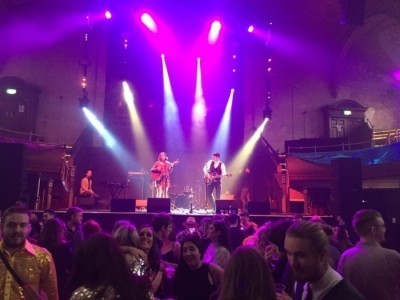 Since March 2014 Kick Back Sundays have been earning their living playing at up market bars/restaurants all around the UK. Based in Warrington they spend most of their evening in Manchester and Liverpool or surrounding areas. Playing at least 4 times per week they have had ample experience to perfect they're set list, dress code and performing style (crowd interaction etc..)

The Botanist (played at every Botanist around the UK of which there are 8)
Red Door in Liverpool and Manchester.
The Trading House in London and Glasgow.
Albert's Schloss.
The Viking in West Kirby.
Smuggler's Cover in Liverpool.

Kick Back Sundays do have public liability insurance, both are CRB checked and both have police clearances. Have had many experiences working with/applying for various visas around the world. Own a modern Bose L1 PA system. Both multi instrumentalists.
Ash (vocalist) has had classical training in vocals.