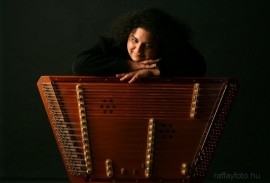 I'm playing Western classical music,mostly baroque masters such as Bach.The Hungarian cimbalom is similar to the Arab kanun and Indian santur. Beside the exotic cimbalom I'm also an expert of the classical piano,so I can provide the western music on both instruments.
: +97152864XXXX Click here to reveal
full number

I am a performing artist playing Western classical music, mostly baroque masters such as Bach.
My instrument, the cimbalom, originates from the East and entered Europe in the Middle Ages where it became popular mainly in playing folk music.
The Hungarian cimbalom, the "zimbalo ungherese" is similar to the Arab kanun and is also related to the Indian santur.
I feel that the cimbalom and classical music is a unique meeting of Eastern and
Western traditions and as such it provides a perfect bridge over all cultures.
Offering classical western music performed on the cimbalom in such an ... exclusive hotel or party with a special international clientele matches the high standards of entertainment provided in the spirit of exquisite hospitality Dubai is so famous for as well as satisfies and exceeds cultural expectations of guests from all over the world.
I am certain that I could significantly contribute to the exceptionally high standards of your hotel by offering a distinctive and exclusive performance on a unique instrument which is a refreshingly new colour on the classical music entertainment palette currently available in the Emirates.
As I am currently a resident in Dubai and thus I also have my own historical concert instrument with me here.
Beside the exotic cimbalom I'm also an expert of the classical piano , so I can provide the western music on both instruments.
Thank you for your consideration. I trust that a mutually beneficial cooperation would provide you with and exclusive cultural performance and me with an entertainment environment of the highest standard.

I began playing the piano at the age of eight and four years later I took on the cimbalom studying at the Bela Bartok Conservatory of Music. I made my debut aged 16 at the Opera San Fenice in Venice with my professor Agnes Szakaly, performing together for 13 years with several CD and TV recordings. I graduated at the Ferenc Liszt Academy of Music as a teacher of the cimbalom and a chamber musician in 1993.
As well as performing as a solo artist I have also often appeared with orchestras in and outside Hungary, among others with the Hungarian State Opera Orchestra, the Hungarian National Phil ... harmonic Orchestra, the MAV Symphonic Orchestra, the Hungarian Radio Orchestra, and the Budapest Festival Orchestra. I have given concerts with various orchestras as a guest soloist all over Europe at the Santa Cecilia Orchestra, Rome, the Verdi Orchestra, Milan, the Sjaellands Symfoniorkester, Copenhagen, the Klangforum, Vienna and the Orchestrutopia, Lisbon.
I was granted the Annie Fischer Scholarship by the Hungarian Ministry of Cultural Heritage three times. For performing contemporary Hungarian music I received the Artisjus Award of the Hungarian Copyright Agency on five occasions. In 2009 I was awarded the Ferenc Liszt Prize, which is the most prestigious prize awarded to musicians in Hungary.
Recordings
J.S.Bach: Goldberg-variations 1998, Hungaroton Records
The Wohltemperiertes Zymbal 2007, Hungaroton Records
Bach on 133 strings 2009 Hunnia Records
Chick Corea: Children's songs 2010. Hunnia Records 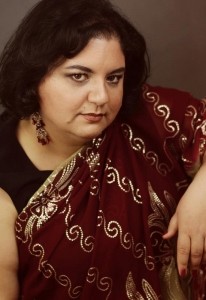