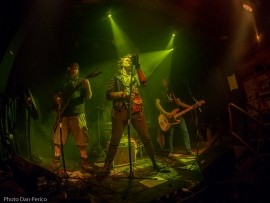 Melodic punk rock act used in the exhibit of the ROCK N ROLL HALL OF FAME MUSEUM in Cleveland Ohio. The television commercial for the movie "SUMMER OF SAM" and E TV behind the scenes with HOWARD STERN. Currently Spike Polite works on the television GOTHAM>
: 917995XXXX Click here to reveal
full number

When contacting this member, please state that you are viewing their Entertainers Worldwide profile.
Request a Quote
Share this Page:
Profile Views: 493
Report this profile

Spike Polite & Sewage is a powerhouse punk rock band, formed in the historic Lower East Side of New York City, the birthplace of American Punk in the mid-1970s.
Led by its founding member, the charismatic and venerable Spike Polite, his brand of fast driving rhythms, deliver a distinct urban-punk aesthetic, and melodic songwriting into his own unique blend of original punk and hard rock.
In March 2017, Spike signed to the Italian label Professional Punkers, which produced Spike’s latest album THE ITALIAN SESSIONS. Recorded, mixed and mastered at Toxic Basement Studio in Milan, Italy, ... the album is a strong vehicle for live performance, online, broadcast, and the multi-media channels.
Fourteen tracks of NYC Street Punk were recorded with the support of Italian punk masters; with Spike on vocals and guitar. In the US, Spike is supported by a team of top punk and rock musicians for touring, writing, and recording. THE ITALIAN SESSIONS is released in the United States by Round Robin Records.
Spike is a SAG/AFTRA registered actor (#10646106) and has also been a model for Armani and Debbie Harry’s (Blondie) Clothing. He has also appeared on TV and films including: Gotham, The Blacklist, 200 Cigarettes, Requiem for a Dream, Summer of Sam, and The Late Show with David Letterman. TV commercials include NYPD Blue’s Players and Sony.
Spike is featured in the Rock and Roll Hall of Fame’s permanent collection as part of the “History of Punk” exhibit. 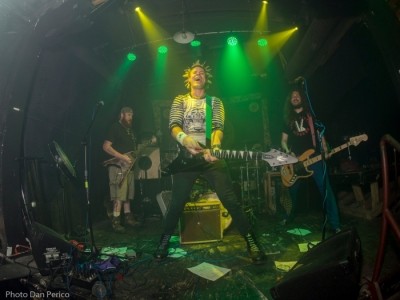 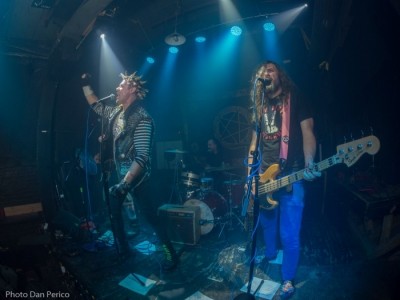 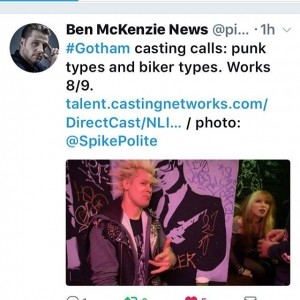 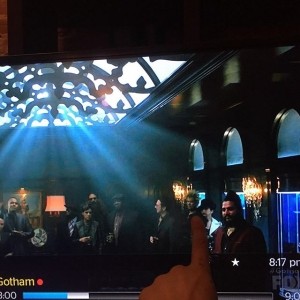 Spike Polite & SewAge - Multi-Instrumentalist - New York Event Location: 11225 Fern Street, Wheaton, Maryland Event Type: ROCK N ROLL FETISH FRENZY 22nd August 2015
Sewage performed at the wedding celebration for Bobbie BitchfAce of the Gina Harlow Fetish Act. The band were attractive for the eye and were charesmatic as they serenaded the audience with melodic punk music in a style the RAMONES would have envied. The band members were polite offstage also.Gina Harlow will have tham perform at our next event held in our next event.
Reviewed by: Gina Harlow