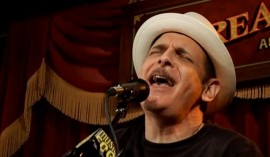 Acoustic guitar and vocals of various classic rock tunes, 50's- 80's. Also can perform original material in a 75 minute concert. Six of my albums have been released on the Rock & Sock Records label, and all have charted on the Americana Charts. Also play piano,harmonica
: 203912XXXX Click here to reveal
full number

When contacting this member, please state that you are viewing their Entertainers Worldwide profile.
Request a Quote
Share this Page:
Profile Views: 267
Report this profile

I can play guitar and sing classic rock tunes for several hours. I can also perform "in concert", playing my original songs from my albums. I'm capable of backing up other musicians on lead guitar, piano, drums. harmonica, and others

Available upon request but much too long to list here.


"Rosenthal can draw you into his lyrics much the same way that James Taylor and Don Henley can".
"Take Jackson Browne’s personal confessions and wrap them in Kris Kristofferson’s world weary tales of broken relationships and you have an idea of what to expect from Tokyo Rosenthal."
"This is Americana with real teeth in the lyrics"
This and more is what the critics are saying about Tokyo Rosenthal. But it wasn’t an overnight trip. Hardly, as "Toke" has spanned the music scene for three decades. But it was in 2007 when recognition finally reached him through the recording of his ... CD, "One Score And Ten".
The song "Edmonton" off this album led to Rosenthal receiving the key to the city of Edmonton as an award for cultural and artistic contributions to Alberta’s capitol city. This also led to a month long tour of Canada sponsored by West Jet Airlines, TV and Radio appearances, and an opening slot for several nights in Toronto for Rock n Roll Hall of Famer and former Byrd and Burrito Brother, Chris Hillman. Toke was personally picked by Chris to share the bill. He has also opened for the likes of America, Stephen Stills, Rick Roberts, Josh Williams, Jackie Leven, and Come On In My Kitchen, in addition to headlining shows. His recent festival work includes SXSW, The Edmonton Fringe Festival, The Carrboro Music Festival, Tyler’s Americana Festival, and the World Music United Festival.
In a career that started with the country rock boom, Rosenthal has honed his craft and "Rootsy/ Americana with a little blues thrown in" sound to perfection. His move to Chapel Hill, North Carolina allowed him to team up with the famed producer and recording star Chris Stamey in the studio. But prior to that Rosenthal made his reputation while living in Rhode Island, New York, and Los Angeles. He headed such groups as the legendary Harpo and Slapshot and Treo Gato as well as his solo endeavors. This has helped him receive radio airplay in the U.S. and Canada , and radio stations in the UK and Europe are spinning Tokyo as well.
While content to let the critics compare his style to others, Tokyo doesn’t hesitate to point out his influences, who include The Band, The Byrds, The Indigo Girls, Gene Clark, Emmylou Harris, and believe it or not Janis Joplin.
In 2008 Rosenthal released a new CD entitled "Love Won Out" that featured the single "St. Patrick’s Day", to critical acclaim. This CD broke Tokyo into the Americana charts. In August of that same year he toured Japan and debuted in The Netherlands in October. That November Toke was back in New York City followed by Woodstock and Boston and then made a "Heartland" tour from North Carolina to Texas and back, headlining along the way at the World Music United Festival in San Marcos.
He began 2009 with the release of the timely and moving single, "Mister Tell Me ‘Bout The Great Depression". Then he returned to Holland and Scotland for two weeks in February for a radio concert tour. This was followed by Germany in the spring and another tour of the UK in the fall. And of course he played all over North Carolina while recording his next album, “Ghosts”, that was released in January 2010. "Ghosts", reached #5 on the Euro Americana Chart and the critical acclaim and US airplay was overwhelming. "Toke" then once again toured the Northeast U.S. with the highlight being his headlining at the world famous Bitter End in New York City. Toke then completed "UK Tour IV" and extensively toured the US for the balance of 2010.
He began 2011 with a West Coast tour including his first live gig in Los Angeles in over ten years. That was followed by SXSW in Austin, Texas along with other Texas dates. But the much anticipated release of his fourth studio album, "Who Was That Man?", happened on May 1st. Joined once again by Chris Stamey on bass and production, Tokyo's new tunes grabbed Americana fans the world over as it reached # 5 on both the FAR Chart and the Alternate Roots Chart as well as #8 on the Euro Americana Chart. Finally he toured the UK for the fifth time for 15 nights followed by the Midwest for 10 days in the Fall of 2011.
2012 was busy both on the touring front and recording. Tokyo headlined at The Bitter End for the third time while extensively performing all over the East Coast including The Avalon Theater in Easton, Maryland. He also returned to Austin, Texas to perform at SXSW and was web cast live from Threadgill's on Music Fog. But the highlight of the year was his Ireland tour where Toke covered the land from County Clare up to Belfast getting rave reviews everywhere he gigged.
He returned to the studio to record "Tokyo's Fifth" in late 2012.. The early released single and video, "What Did I Used To Be?" went "mini-viral" as Toke once again took on sensitive political and social topics. "Tokyo's Fifth" was released in January of 2013. Toke was joined on the record by Chris Stamey, John Teer, Charlie Chamberlain, Allyn Love, and Andrea Connolly, among others. The album hit #4 on the Euro Americana Chart, and the single, "What Did I Used To Be? hit #9 on the “I Am Entertainment Chart”. Finally "Mulberry Place", from the same record, hit #1 on the Sing Rush chart.
Toke also received an honor in Ireland for his composition and recording of "Killaloe" in May of 2013.
In 2014 Toke began hosting his own weekly syndicated radio show, "The Tokyo Rosenthal Program, as a prelude to the newly released, "Afterlife", Toke's 6th studio album.
Always writing and always gigging, his musical journey continues.
  
  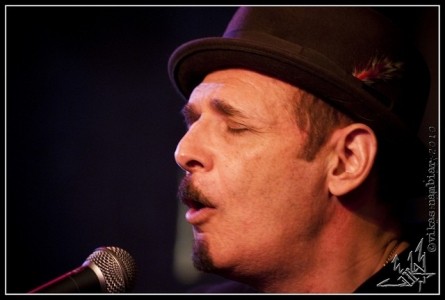 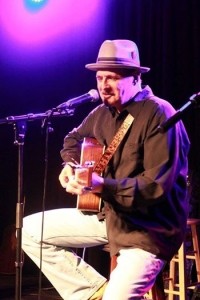 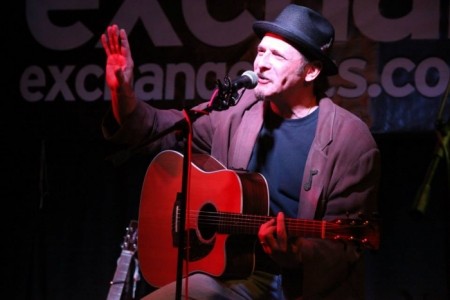 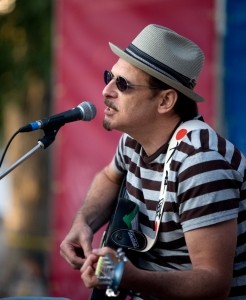