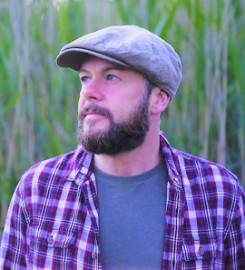 Singer/Guitarist covers /original act. I play up to 3 hours of covers in one show. Also can perform my original material if so requested. I can tweak my set to feature more pop, country, blues, Americana, folk, latin or celtic music accordingly.
: 07450 43XXXX Click here to reveal
full number

I play many different styles and can tweak my set accordingly depending on whether you hear my original music or classic covers
My covers set covers many genres including classic 50's, 60's, 70,s till present popular songs, country blues, Americana, folk, rock n roll, bossa, classical.

Alan Frew is a singer songwriter and guitarist from Prestwick in Ayrshire, Scotland just 5 miles from the famous Burns cottage in Alloway.
Alan grew up listening to all forms of grassroots music adopting many genres from Bossa jazz to country blues and Americana into his own tangible style.
Alan has performed on National TV and Radio several times and has played at many prestigious corporate events in Scotland including RBS and Barclays awards and the BBC sports Hall of fame where he performed live to the 1st 50 inductees. This summer Alan will be performing shows in Paris, Nice, Cannes, ... Rome. Copenhagen, Odens and Berlin.
He produced his debut album 'Go Easy' in 2010 to wide acclaim and since beginning a songwriting career has  gone on to open for Martin Carthy, Albert Lee, Martin Taylor and Paolo Nutini. In 2013 Alan was asked to play and sing with the Rafferty Family as part of the Gerry Rafferty tribute at Glasgow's Royal Concert Hall. The show included performances  by The Proclaimers, Jack Bruce and Ron Sexmith and sold out on the first day.
Alan has over 160 shows this year in Scotland and Europe, performing both covers gigs and original music. He is also at present recording a new album due for release in 2017.