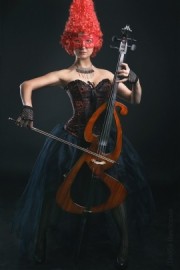 "The Evolution of the Cello" consisting of classical music thru pop music of today, and everything in between "The Life of a Cellist" a funny and inspiring tale of growing up a musician, with classical, Irish, Pop∧ rock-n-roll music
: 260 316 XXXX Click here to reveal
full number

When contacting this member, please state that you are viewing their Entertainers Worldwide profile.
Request a Quote
Share this Page:
Profile Views: 661
Report this profile

There are two different shows. The "Evolution of the Cello" and "Life of a Cellist".
The performance includes a playing the cello with accompaniment band/tracks or just solo, variety of genres and techniques of playing the instrument. Artist can use acoustic cello or electronic one.
The acoustic cello is 320 years old.

Elena Bosworth
-Elena began playing the cello at the age of 8 under the direction of her mother Valentina, who is a master cellist and professor at the Dnipro Conservatory in Ukraine.
-While gaining her education in college and conservatory, Elena formed "VivArosso", an all cello rock quartet. "VivArosso" performed concerts, chamber music halls, parties, and street corners...anything to bring a college kid some extra cash!
-Also while in conservatory, Elena performed in the Dnipro City Philharmonic Orchestra at the Dnipro Chamber Music Hall.
-Upon graduation at the Dnipro Conservatory, ... Elena accepted a position as cellist in the "ViArt String Quartet" and got her first experience traveling onboard Holland America Line cruises.
-Shortly after completing 2 contracts with "ViArt", Elena accepted a position as cellist in the "Paradise String Quartet" and continued traveling and performing around the world onboard Oceania Cruises.
-Elena used her song writing and arranging skills to create the "Pudra Electric String Trio". Elena worked hard to make the Trio successful and was able to get the group hired as headline entertainers in Abu Dhabi, UAE.
-Elena decided to expand the group and continue traveling and performing. She made new arrangements, designed new costumes, and hired a viola player to form the "Pudra String Quartet". "Pudra" was quickly hired by Oceania Cruises and performed 3 different contracts that took them to over 50 countries.
-Together with her husband, Evan Bosworth, Elena created 2 different cello/vocal duo shows titled "Cello & Goodbye" and "Strings & Sings". Elena and Evan perform their shows on cruise ships as guest entertainers, and also for special events and concerts. Together they are represented by Don Casino Productions.
-Elena also works as a soloist performing on cruise ships, special events, at wineries, parties, and weddings across the USA. 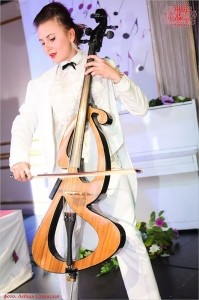 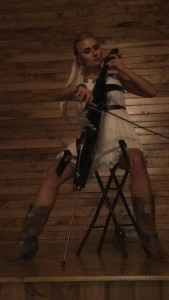 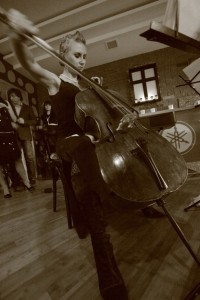 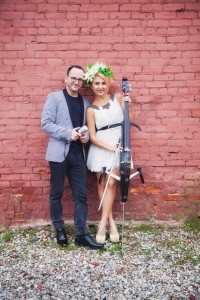 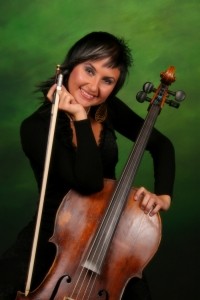 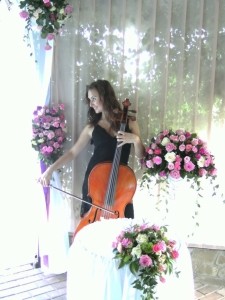 I am featured in this article about Hiring a Cellist