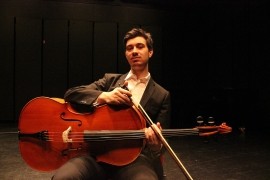 (no reviews)5.0
Country: Italy
Based In: Italy, Italy
Performs: Worldwide
From: €100

I am an Italian cellist with more than 20 years of experience, ranging from classical to pop and from rock to jazz
: +39340597XXXX Click here to reveal
full number

I am trained in classical music but I also performed on several occasion Latin, Jazz, Rock and Film Music. On board the Ms Oosterdam of the Holland America Line I performed in many different groups varying from Solo to Piano Quintet; I also performed live shows at the main theater with the on-board band.

Born in 1989 and resident in Ferrara, I began studying the cello at the age of 5. I graduated in my hometown in 2009 with honors from the Conservatorio"G. Frescobaldi"; at the same time I perfected with Enrico Bronzi (Foundation of Santa Cecilia) in Portogruaro and Luca Bellentani. Since 2009 I attended the Biennium course at the Conservatory of Rovigo with Luca Simoncini and the Academy of Imola under the guidance of Giovanni Gnocchi and Stefano Cerrato. In 2012 I followed my teacher, Giovanni Gnocchi, in Salzburg where I began my studies at the Universität Mozarteum. During the next four y ... ears, I also attended master classes with the following cellists:
Rocco Filippini (Stauffer Foundation of Cremona), Troels Svane (Cervo Sommer Akademie), Frans Helmerson (Wagner Conservatory), Antonio Meneses (Chigiana Academy of Siena), Natalia Gutman (Riva Music Festival), Christoph Richter (Bad Leonfelden Sommer Akademie). I also benefited of the advices of Hiroyuki Kanaki (principal cello of the Tokyo Symphony Orchestra), Floris Mjinders (principal cello of the Münchner Symphoniker), Yves Savary (principal cello of the Bayerische Staatsoper) and Reinhard Schmidt (Hagen Quartett). I finally graduated at the Universität Mozarteum in 2016. Since my studies at the Conservatorio "G. Frescobaldi" of my hometown, I was very much interested in playing music by following a philological practice, in particular as far as a baroque interpretation is concerned. I studied and played with Enrico Casazza, Veggetti Stefano, Marco Frezzato, Rodney Prada, Vittorio Ghielmi and Lars Ulrik Mortensen. In the last years, I won various eligibilities in international auditions as the ORT-Orchestra Regionale della Toscana, the Foundation Orchestra Sinfonica Abruzzese, the Haydn Orchestra of Bolzano and Trento (first eligible), the Arena of Verona Orchestra (first eligible), the Philarmonie Salzburg (principal cello) and the Cherubini Orchestra (principal cello, Riccardo Muti main conductor). Since 2010 I regularly worked with the Haydn Orchestra of Bolzano and Trento, under the direction of Gustav Kuhn, and I also played in projects of the ORT-Orchestra Regionale della Toscana, the SWR-Südwestrundfunk German Orchestra, the Philarmonie Salzburg (principal-cello), the Orchestra of the Teatro Regio of Parma, the Hulencourt Soloist Chamber Orchestra, the Orchestra Filarmonica Italiana (principal-cello), the Arena of Verona Orchestra, under the baton of Daniel Oren, and the SCS-Salzburg Chamber Soloists (principal-cello). I collaborated with internationally renowned artists like Daniel Harding, Placido Domingo, Enrico Dindo, György Ràth, Daniel Kawka, Daniel Oren. I recorded for the label Tactus and Radio Vaticana.
After a successful audition in April 2016, we collaborated with the Lincoln Center Stage in New York on a four months project.
At last in November 2017 I will take part in a two month tour in China as principal-cello with the Scarlatti Orchestra of Neapel. 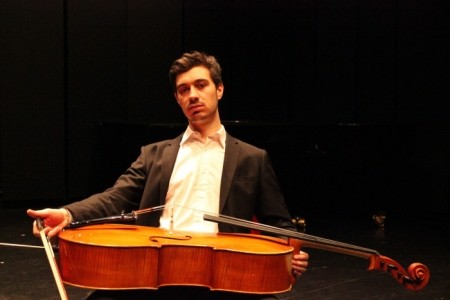 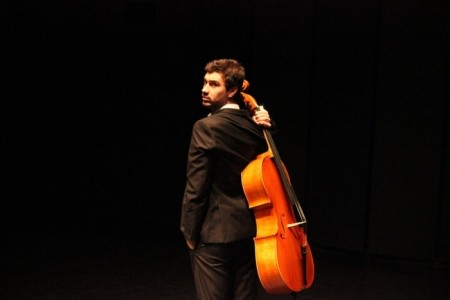 After a successful audition in Berlin in April 2016, I collaborated with the Lincoln Center Stage of New York on a five months project. I got trained two weeks in New York, at the beginning of the contract, then I joined the MS Oosterdam ship, of the Holland America Line, and worked in the Caribbeans during the whole period. I was part of a Classical Piano Quintet and we performed in a lot of different formations going from duo until quintet. Our repertoire was incredibly vast; we had 12 fixed programs dictated by the Lincoln Center such as All American Music, All French Music, programs rangin ... g from Bernstein to Boublè, from the Baroque time until the Queen, Classic Masterworks (Piano Quintets of Brahms, Schumann and Dvorak), only Contemporary Music, and others. We had freedom to perform our own programs so I thoroughly enjoyed performing twice a recital for cello solo. We also collaborated with the on-board band performing the soundtrack of the BBC documentary “Frozen Planet” and the premiere of the BBC documentary “Alaska”, working with the BBC crew and the composer Timo Baker. During this experience, me and my group, always had the highest rating on the ship.