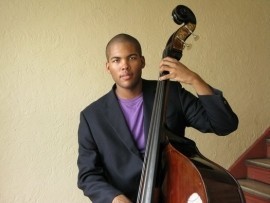 Jonah Jonathan has been playing music on strings since he was ten years old. Jonathan points out, "Actually since age two, if you count strumming on the ukulele back where I’m from in Hawaii." He was inspired to dedicate himself to music after his grandfather (who played French horn, trumpet, and piano) passed on suddenly just a few days after Jonah’s first orchestra concert. The bassist muses, "Had it not been for my grandfather, probably I would not be playing bass, let alone music in general. He was a huge inspiration and my first fan."
Jonathan played classical music in the orchestr ... a from 5th grade but never took it too seriously until ninth grade when he found a good teacher. He recalls the first time that year when he became turned onto jazz: “I was on a field trip with my school orchestra to Boston Symphony Hall to see Wynton Marsalis rehearse All Rise, his Jazz/Classical composition. As soon as I saw the bass player holding down the groove in the most bad ass way imaginable, I said to myself, hey, I bet I could do that!"
He enrolled at 14 into a college jazz class at Berkshire Community College taught by saxophonist Alan Livermore. Jonathan was the only bassist in the class, and he was soon learning jazz theory and playing jazz walking bass lines, "I never really learned how to play lines, I just used my ear and began doing it. I think this is the true way to learn how to play. Just do it!" The ensemble played through ten Ellington tunes throughout the first half of the semester. In the second half of the semester the ensemble went and played "gigs" in various locales such as nursing homes and churches for community service. Since then, Jonathan has played in hundreds of places, ranging from the street corner and small restaurants up to playing with his high school friends to open a major jazz festival in Kingston and at upscale New York City jazz clubs.
Jonathan has been privileged to study with bassists such as Ron Carter, John Menegon, Rufus Reid, Avery Sharpe, John Benitez, Dave Santoro, Mario Pavone, Marcus McLaurine, and Steve LaSpina. He has played in master classes or performed with/for such greats such as David Sanchez, Marcus Roberts, Mulgrew Miller, Peter Madson, Gary Symulyn, Harold Mabern, Gene Bertoncini, Wycliff Gordon, Rich Derosa, Freddie Bryant, Don Braden and most importantly Andy Jaffe. 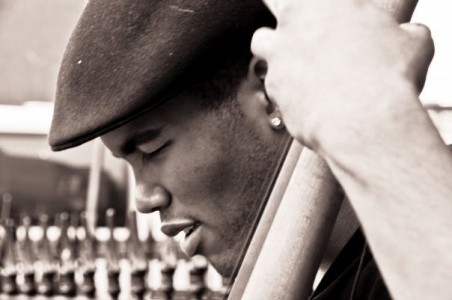 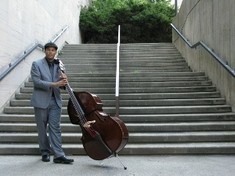 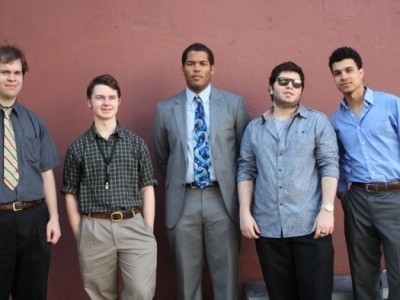