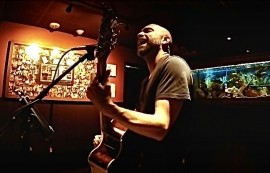 Stephen is a professional musician based out of San Antonio, TX with over 20 years of live playing experience. Specializes in solo acoustic/vocal performance & plays a wide variety of classic rock, pop, and folk cover songs, as well as original music.
Request a Quote
Share this Page:
Report this profile

My name is Stephen Perricone and I am a professional musician (guitarist/singer) bases out of San Antonio. I’m new to Entertainers Worldwide and looking to expand my reach. I have been playing professionally for over 20 years. Before Covid hit I was based out of Los Angeles. I'm originally from Beaumont Texas but I moved to LA in 2002 to attend Musicians Institute and further my craft. After school I played in numerous bands with the resident teachers, fellow classmates and performed solo around the city in various forms. In 2014 I became part of a regular acoustic cover song residency ... at a famous bar/restaurant on the Sunset Strip in Hollywood called Saddle Ranch. After a couple of years I ended up becoming one of the main featured performers 4-5 nights a week, and took over booking the resident musicians. A ton of private party work came out of that residency from the customers too, which was definitely one of the perks!! Was doing that right up until Covid shut everything down. I relocated back to Texas in August 2020 to be with family, and I am looking to get back to work now that everything is opening up! I play an eclectic mix of cover styles (classic rock, pop, folk, & some country) that span the 60's-early 2000's. My song list is about 200 songs or so (always expanding) and can fill hours of entertainment for all kinds occasions! I do originals as well if the gig calls for them. I have a self produced original record out on over 150 DSP platforms (iTunes, Spotify, Amazon Music, iHeartRadio, ect...) under the alias "Drone Gone Rogue" 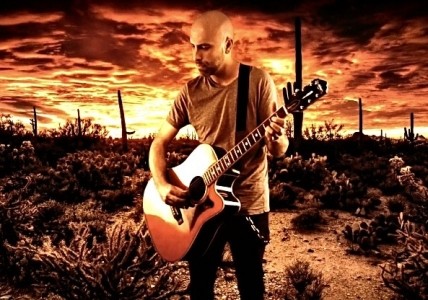 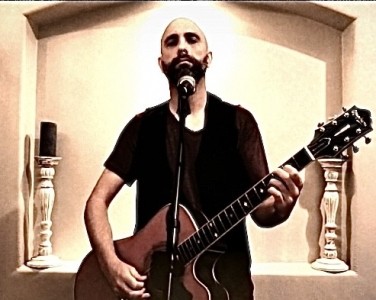 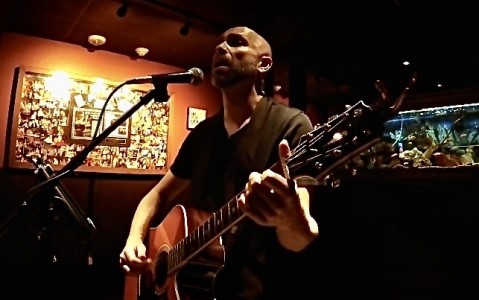 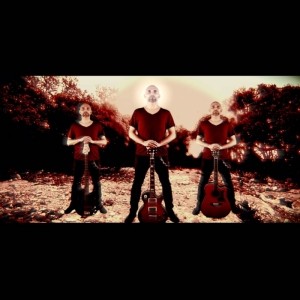 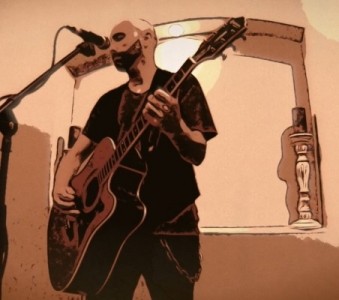 Stephen Perricone - Acoustic Guitarist / Vocalist - San Antonio, Texas Event Location: Thirsy's Beaumont, TX Event Type: Bar Gig 18th September 2021
I've had Stephen as regular performer at my bar for years. He's always professional, plays an eclectic range of cover songs, has strong original songs, reads the room very well, is constantly expanding his repertoire, and is always kind to the guests.
Reviewed by: Tim Post
Stephen Perricone - Acoustic Guitarist / Vocalist - San Antonio, Texas Event Location: Saddle Ranch/ Hollywood/ California Event Type: Music Residency 21st January 2021
Stephen was regular featured performer at the bar/restaurant I managed call Saddle Ranch on the Sunset Strip in West Hollywood. He performed 4-5 nights a week for over 7 years until the covid lockdowns of 2020. It was made up of 6-7 professional LA based guitarist/singers. The format was an acoustic duo going to the tables during dinner time and playing all kind of cover tunes spanning classic rock, blues, reggae, country , folk and pop. The guests absolutely loved it and was one of our favorite traditions until came to its unfortunate end.
Reviewed by: Kuron
Stephen Perricone - Acoustic Guitarist / Vocalist - San Antonio, Texas Event Location: Luke’s Icehouse/ Nederland/ TX Event Type: Restaurant/bar gig 22nd August 2019
We’ve had Stephen perform at my restaurant a few times now. He’s always on time, nice, and professional. Our guests really liked his eclectic, yet familiar song selection regarding the different decades he pulls from.
Reviewed by: Erica
Stephen Perricone - Acoustic Guitarist / Vocalist - San Antonio, Texas Event Location: Private Residence / Los Angeles / California Event Type: Birthday Party 18th August 2018
We met Stephen at Saddle Ranch in Hollywood, CA in 2018. He was one of the house musicians there. Him and his duo parter played for us and we loved their style. So we ended up hiring them for my birthday party at my house and had ourselves a good old fashion backyard family cookout! They played all kind of awesome covers and made the night very special!
Reviewed by: Jose
Stephen Perricone - Acoustic Guitarist / Vocalist - San Antonio, Texas Event Location: Private country club/ Stevenson Ranch/ CA Event Type: Private Bridal Shower 7th July 2018
I hired Stephen and one of his duo partners at the time to provide some background music for my bridal shower lunch. Nothing was over bearing volume wise, and they knew how to blend in just right with what we we’re trying to do. They played and sang all kinds of great covers while we ate lunch and exchanged gift. It added such a great element to my shower and my girlfriends loved it!
Reviewed by: Jamie

I started playing guitar when I was 5 and that spark was lit by my uncle who made his living playing at restaurants. I learned a long time ago being a musician isn't just about being on the big stage, "only playing originals", or seeking fame, it's about being adaptable. Making a living in this line of work requires a certain suspension of ego and wearing multiple hats. I don't demand all eyes be on me, or expect clapping after every song. Don't get me wrong I love a traditional stage too, but in my line of work those aren't alway the kinds of gigs that pay the bills or what's always avai ... lable. It's such a blessing being part of the atmosphere and enhancing people's experience wherever human interaction is happening. Nothing make me happier than seeing everyone socializing and having a good time while I fill the air with what I'm good at. I love building relationships, making new friends, and exploring all these amazing ways that I can do what I love, as well as get paid what I feel I'm worth. I've found myself in so many great little situations, whether it's someone's backyard bbq, playing in the corner of some restaurant, playing a cocktail party in someone's house, playing familiar tunes at a modest dive bar, or whatever type of thing most people in this line of don't usually seek out. All in all, thanks for having me and lets have a good time!

Can play a set of covers, originals, or a combination of both.