You are contacting Topaz 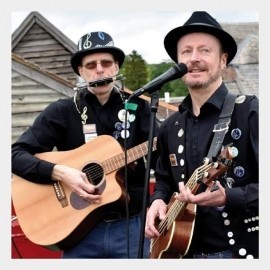 Topaz are an acoustic duo formed in 2015, consisting of Tom on Vocals, harmonica and acoustic guitar & Paul on Vocals and Uke Bass. They play an eclectic mix of Originals and popular covers from the 1950s to the present in their own acoustic style.
: 07776 27XXXX Click here to reveal
full number

When contacting this member, please state that you are viewing their Entertainers Worldwide profile.
Request a Quote
Share this Page:
Profile Views: 608
Need Help?
✖