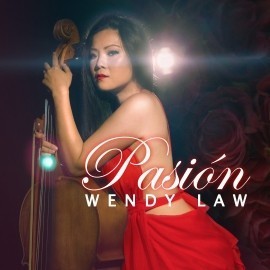 Cellist Wendy Law has performed with such prestigious orchestras as the New York Philharmonic, Russian Philharmonic, Boston Symphony and Singapore Symphony. She has been featured in New York City’s Bargemusic and the distinguished Caramoor and Marlboro festivals. A regular touring artist, Law has performed across Asia, the Americas and Europe. Her performances have been broadcast on TV and radio in the US, Japan and Hong Kong. She is the Founder and Artistic Director of chamber ensemble Classical Jam. Wendy Law holds a Master of Music and Artist Diploma from The Juilliard School and a Bachel ... or of Music with Distinction from the New England Conservatory.