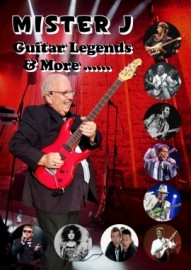 Guitar Legends & more all delivered with style, panache & a hint of comedy
Request a Quote
Share this Page:
Profile Views: 1560
Report this profile 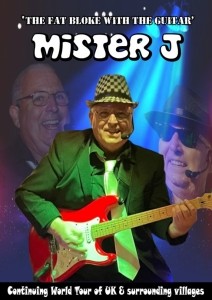 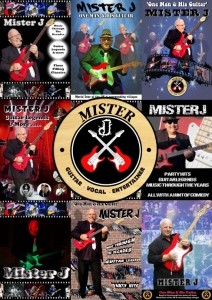 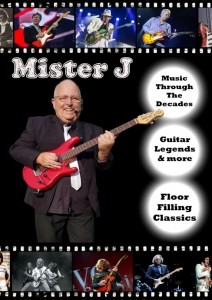 As a solo guitar vocal entertainer I can cover a whole evening with background/disco music to cover breaks etc.
I am a seasoned professional with many years' experience entertaining audiences here and abroad.
I pay tribute to some great artistes & in my own style recreate a nostalgic trip through the decades performing hits from The Shadows, George Ezra, Chuck Berry, The Dualers, The Beatles, Queen, Status Quo, Bad Manners, Queen, Neil Diamond, T Rex, Van Morrison, Madness and many many more incorporating audience participation and well known sing a longs.
Fabulous guitar playing features w ... ith a tribute to some of the world's greatest guitarists, Eric Clapton, Carlos Santana, Mark Knopfler (Dire Straits), David Gilmour (Pink Floyd), Gary Moore and of course the legendary Hank Marvin.
Add to this is a floor filling party hits section for everyone to enjoy, giving a versatile full & fun night for all.
I thrive on entertaining and love to interact with the audience as much as possible.
I come fully self-contained with lights, pa, instruments and top-quality backing tracks.

The son of a trumpet player Nick was always around music.
Early one Christmas morning Nick woke to find Santa had been, leaving him a present. It was a beautiful polished golden trumpet.
Nick quickly started lessons and within six months made it to first trumpet player in the school concert band.
Playing in school concerts competitions and other functions Nick soon got an appetite for performing to an audience.
Nicks brother was a drummer performing in a local bands, something that really appealed to Nick.
With help and encouragement from his talented brother and fantastic music teacher ... Nick began his journey to becoming one of those people who hung around with musicians 'A Drummer'
With school friends a school 'pop group' was formed. All being to shy to sing the group played instrumentals, playing in school concerts and at friends and relatives parties.
Realising that man could not live by instrumentals alone the band found the courage to sing, much to everyone’s amazement it really wasn’t that terrible.
After finishing school the band stayed together becoming regulars on the pub, club and holiday camp circuit in and around Kent.
In the early eighties the band came to an end and Nick was invited to join another local band.
Nick accepted and over the next few years had a fantastic time performing all over the country including a memorable night at The London Palladium.
Along came the nineties and this gave Nick the opportunity to realise his dream and turn professional.
This saw Nick perform on ships, tour Europe and entertaining the Armed Forces in Germany.
In the late nineties although still drumming Nick began a transition where he began to develop another talent, as a guitarist, performing with a friend as part of a duo. Although very challenging this was a very exciting time for Nick and so his love affair with the guitar had begun.
The new century brought a new chapter to Nick’s life and another new challenge.
Nick travelled to Ibiza as a solo guitar/vocalist performing a successful season in Hotels and bars.
In 2003 Nick settled on the picturesque island of Cyprus quickly becoming an in demand solo act in Hotels, bars, restaurants and functions.
In 2010 Nick teamed up with Steve Fury, a great singer and bass player. Their act ‘The Young Ones’ soon evolved into a great show featuring fantastic music, costume changes, tongue in cheek tributes to ‘Beatles’, ‘Blues Brothers’, ‘Elvis’, ‘Billy Fury’, ‘The Shadows’ and a whole heap more.
Now back in the UK Nick James or The Young Ones would love the chance to entertain you.