You are contacting Nick Thurtell 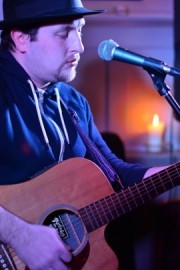 (no reviews)5.0
Country: United Kingdom
Based In: South East
Performs: Worldwide
From: £180

Nick Thurtell is a very experienced London based Singer, Guitarist. He has performed worldwide on Cruise ships, Ferries and as a house musician in multiple hotels. He is also one half of the duo G&T (Formerly the Blue Notes).
Request a Quote
Share this Page:
Profile Views: 112
Need Help?
✖