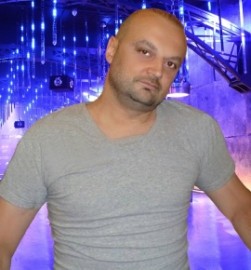 Spanish international DJ is considered for the media, one of the most important Spanish djs Europe. For more than 20 years it has its main cities and clubs across the continent, as Pacha (ibiza), Space, Cafe Mambo (Ibiza), teatro kapital(Madrid), and Dubai Kempinski
: 971 55 263XXXX Click here to reveal
full number

Multitasking, detail-oriented, and professional person who is motivated to work in a wide range of jobs and activities. I also consider myself to be a highly responsible, reliable and outgoing person who is always willing to deal with the public in the most efficient possible way

Spanish international DJ is considered for the media, one of the most important Spanish djs Europe. For more than 20 years it has its main cities and clubs across the continent, as Pacha (ibiza),, Paradise, Space, Cafe Mambo (Ibiza), Kapital Theater (Madrid), Vip Room (Paris), Cherrymoon (Brussels), Ministry of sound (london), Casino (Las Vegas) David Saludes has been passionately mixing music albums since 1997, including hundreds of presentations at various events and campaigns around Europe, where often plays alongside another Marco Carola, David Guetta, Oscar Mulero, Martin.Solveig, Avicii ... etc. In recent years David Saludes focused not only on his deejaying but his ambition to work in the studio too. As a result, you can play your own changes to records and produce new albums, which are often successful mix often with their own remixes. His last record production FOREVER YOUNG, reached in April 2016 the TOP 12 sales worldwide. In the summer of 2016, some of the best djs in Europe.
DJ / PRODUCER
His talent both rotate and products are very promising signs for the future. He has worked with the best groups, including Teatro Kapital, Tartufo, Vanila, Nells, Campus, Tifannys amongst others. His followers described him as a stylish DJ with a great musical culture. He specializes in the following musical styles.House Music, Electronic, Tech house, Deep house, Soulful, Funky, nu disco, latin house, Indie dance, lounge. Its last track "GO AWAY" reached the 6 of February of the 2017 TOP 2 of sales in the whole world. As a producer he has produced more than 350 songs to recognized artists. Resident DJ since November 2013 in Dubai hotel kempinski mall of the emirates