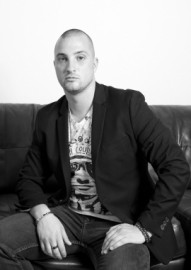 1
(no reviews)5.0
Country: Philippines
Based In: UAE, Philippines
Performs: Worldwide
From: ₱300

International DJ Chris Delaney was born in the 80’s in Manchester (England). He started his DJ career back when he was 16 years old. He was mixing all kinds of music from an early age to finally he came across Electronic Dance Music which took him to International Level
: +97150817XXXX Click here to reveal
full number

All Kinds Of Music.

International DJ Chris Delaney was born in the 80’s in Manchester (England). He started his DJ career back when he was 16 years old. He was mixing all kinds of music from an early age to finally he came across Electronic Dance Music which took him to International Level.
Due to his track selection, which he always makes this a priority he has grown his sets and created a very energetic and unique way of performing; His performances have led him into a great Djing career so far which started off in the UK and now he finds himself in the Middle East & Asia.
Chris is now resident for the ... worldwide brand SIN which started off in the UK but now is in 11 destinations around the world which include UK, USA, Ibiza, Amsterdam, Thailand, UAE, Marbella, Andorra, Ireland, Croatia, Sydney and NOW the Philippines.
Chris has now preceded his DJ career to the Middle East & Asia from UK & Europe back in 2010, since being here in UAE he been nominated in Alhan Awards, What’s on Awards & Timeout Awards for being within the top DJs in Abu Dhabi. Due to this has been recognized by many magazines here within the UAE i.e. Timeout, WhatsOn, Dining & Nightlife, Abu Dhabi weekly & 7 Days for his djing and his events.
The last few years he been concentrating on his own events company AudioKrash Entertainment & working for SIN brand.
Throughout his career, he has put in some amazing performances across the globe and warming up some of the best Music DJs/Producers & Bands out there i.e. Klingande, The Magician, Craig David, Jon Fitz, Nick Hussey, Jay C, Elizabeth Jay, K-Klass, John Kelly, Laidback Luke, ATFC, Jay Kay, Jamie Duggan, Brandon Block & Tall Paul. Due to his style of Music he also put in a performance at Hed Kandi, MOS, Defected, Ibiza Uncovered, Pukka Up, History of House & Sin Sundays.
Chris has put in some fantastic performances around the world which included UK, Spain, Greece, Middle East, & Asia plus he been fortunate to put in performances at SANKEYS (Worlds Number 1 Club - 2010), Venus, AREA 51, Club V and Bijou, Space, Fire and The Loft, O2 in London and Castle Club, Club UK, Club 69, Factory (Greece), Eden, Space & Bora Bora (Spain – Ibiza) Plaza Beach (Spain – Marbella) Warehouse Club, Al Maya Island, Left Bank & Rush (Abu Dhabi – UAE) The Basement (Dubai number 1 Club) Royal College for Encore 2013 – (Colombo – Sri Lanka), Spade Club, AZURE Paris Hilton Beach Club, Villa Lorenzo Resort - Pulilan Bulacanto (Philippines) new a few.