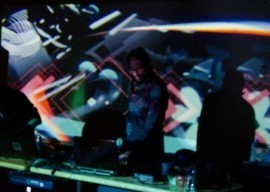 1
(no reviews)5.0
Country: Romania
Based In: Iasi, Romania
From: Contact

George D. Stănciulescu (b. 4.10. 1982) is a Romanian electronic music producer, DJ and digital music theorist. George is a graduated psychologist (2006) with a BA thesis exploring the relation between colour preferences and career choice , MA in Cultural Management and a PhD in philosophy of digital music and new media (2012) . He also specialized in Paris ( in 2010 and 2011 at IDEAT and Sorbonne University), under the guidance of French professor and composer of Romanian origin Costin Miereanu. The book version of his doctoral thesis, entitled “Postmodern and digimodern music. Philos ... ophical perspectives”, was published by Musical Editions, with an introduction by Romanian composer and professor Octavian Nemescu.
He is also an electroacustic and experimental music composer and producer since 2005, under the monikers Ad Ombra, LeVant and BLYPKEN, noted for being artistically diverse in style, from electro/dance-pop to avant-garde music. He has released 5 albums, 5 EPs and performed around 40 live shows & DJ sets in 14 countries, having notable mentions in publications such as Tiny Mix Tapes, VICE, UPPROX, NTS Radio, Side-Line Magazine and many others.
E-mail: geodor.s@gmail.com
Website: http://blypken.com/ (includes more information abut the artistic activity)