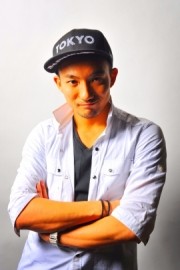 When contacting this member, please state that you are viewing their Entertainers Worldwide profile.
Request a Quote
Share this Page:
Profile Views: 328
Report this profile

HIROKING, hailing from Tokyo, Japan, is rapidly becoming one of the best known DJs in Asia. He is renowned for having the full support of Street Dancers internationally.
Hiroking has been described as the “King of Battle Sounds”, due to his skilled approach at controlling the flow of dance battles with an exact music selection and mixing that catches dancer's hearts and keeps their feet moving.
Thanks to his unique style, he has been rated the No.1 DJ in “Dance Style”, a popular Street Dance magazine, and also in “Dance@TV“, a nationwide TV show. He has played a large number of ... jams, parties and battles all around the world, over 30 cities worldwide, including New York, Las Vegas, Singapore, Sydney, Shanghai, Seoul, and so on and on.
Not only is Hiroking one of the main DJs for commercial HipHop clubs, but also he has performed with a lot of international acts, such as Beatnuts, Louie Vega, Pharcyde, Dam Funk, which shows that he has a wide range of musical authenticity, including HipHop, Funk, House, Electro, as long as new commercial music.
Furthermore, he is known as a music producer / live band director based on soul / funk music. The albums ‘Dance Soul Lights’ reached No.1 on iTunes Music Store R&B chart in 2012, and also `Dancers Masterpiece` reached No.1 on Dance Chart.
Hiroking is also a professional dancer, with numerous event wins under his belt; including the legendary Japanese BBoy battle “BBOY PARK”, movie credits such as the Hollywood movie “MASK 2” and music videos from Asian top R&B group “Exile”.