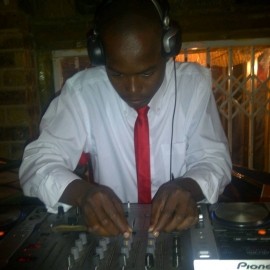 (no reviews)5.0
Country: South Africa
Based In: Johannesburg, Gauteng
Performs: Worldwide
From: Contact

SlickZA was born & raised in a small township known as Phiri in Soweto. He discovered his passion for the entertainment industry in 2004 while he was being mentored by Lee Bran using turntables.
His style of play ranges from Soulful, Nu Jazz, Deep House, Afrosoul,Lounge, Classic, Down Tempo Trance, Electro to Jazz & R&B.
He made his official appearance in 2006 at a pub known as Back Room,now 'Change Room' in Soweto. Later that year he went beyond his limits as he helped launch a club Maseko Villa in Newcastle, KZN. After his remarkable work helping launch this club he was offered a deal a ... s a resident DJ at the club in January 2007. His contract ran from January 2007 until August 2007 when he decided to return to his home town Soweto to help maintain his passion for the industry. This is basically where it started for Slick.
He is currently under mentorship for sound engineering and production while he polishes his mixing skills at a club known as Tintiies in Naturena as a resident DJ. Furthermore? SlickZA is fortunate to have been offered a mixing slot on MetroFM's famous #1stAvenue show hosted by Glen & Unathi on every last Friday of the month.
.
He has shared the spotlight with the likes of Liquideep, Vinny Da Vinci, Black Coffee , DJ Clock, 2lani The Warrior & Alton Miller(USA) to name a few.