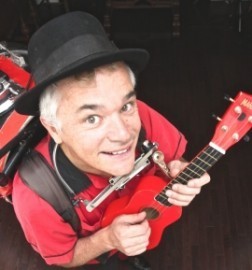 (no reviews)5.0
Country: Canada
Based In: Calgary, Alberta
Performs: Worldwide
From: Contact

For over 25 years, Dan has been mixing on beat music with Offbeat humour. His repertoire includes tried and true classic songs that work great with his one man band. All his instruments are connected to his body. guitar, drum, cymbals, tambourine, harmonica, kazoo...
: (403) 615-XXXX Click here to reveal
full number

When contacting this member, please state that you are viewing their Entertainers Worldwide profile.
Request a Quote
Share this Page:
Profile Views: 634
Report this profile

Dan the One Man Band brings the music to the people. He plays 8 instruments simultaneously. Guitar, drum, tambourine, cymbals, harmonica, egg shaker, horn and kazoo. Dan loves the interaction with people and will include them in the show. The show has impersonations including Elvis, Bob Marley and John Lennon. His song selections are fun and family appropriate. Dan goes above and beyond when it comes to entertaining his audience. It's zany, fun, professional, unique and engaging.

Dan Duguay credits his success with the fact that he is passionate about music and he loves to see people laugh and have fun. As early as two years of age, he was dancing around to popular music to make his parents and grandparents laugh.
Dan caught the performance bug in his early teen years when he discovered his singing voice. With hours of practice, he learned to do two things at the same time, play guitar and sing. For the next few years, he could often be found singing and playing for anyone who would listen. Once he decided to get other parts of his body in on the orchestration hi ... s destiny was sealed. He could gather a crowd nearly anyplace he went.
Even though he has been fortunate enough to play music for a living and has performed literally thousands of shows and travelled to every habitable continent, he still gets the biggest thrill from the spontaneity and interaction with the audience. A yappy dog is always fodder for a duet of “Hound Dog” or a dancing child will always be encouraged to share their talents with the rest of the audience.
The ability to roll with the punches and leave them with music in their hearts and a unique and memorable experience may explain why Dan the One Man Band is invited back time and again to festivals and events.
Street festivals, fairs, exhibitions, corporate events, parties, cd releases, Hollywood movies, sporting events, weddings, boat cruises, schools, marriage, two children....The band keeps playing and just won't stop! 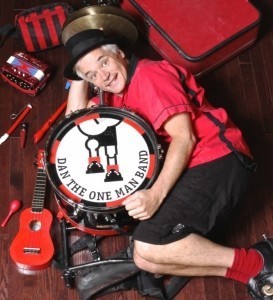 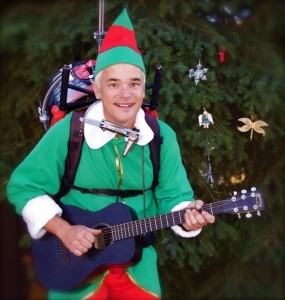 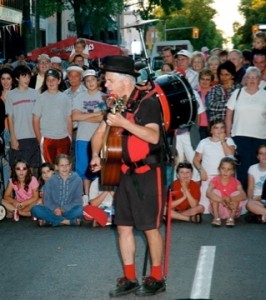 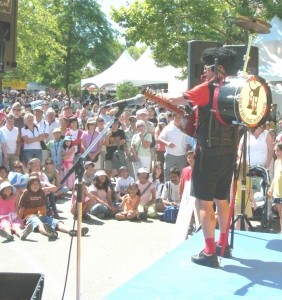 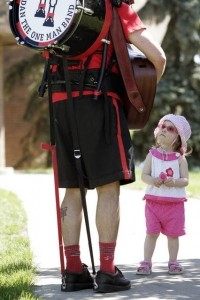 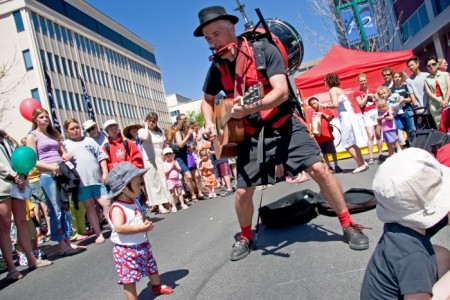