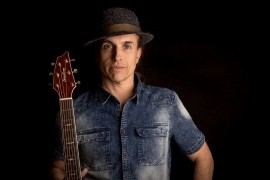 Peter is a multi-instrumentalist and singer who presents a huge range of music as a solo performer. Using loopers and effects, he can keep an audience engaged, as he jumps seamlessly from instrument to instrument, singing songs in all styles, and multiple languages.
: 1917922XXXX Click here to reveal
full number

When contacting this member, please state that you are viewing their Entertainers Worldwide profile.
Request a Quote
Share this Page:
Profile Views: 674
Report this profile

Peter Fand is a multi-instrumentalist and singer, based in Las Vegas Nevada. After 7 years of touring the world with Cirque du Soleil, he now performs a solo show for events and venues. He performs an enormous range of music, that can be crafted to suit nearly any environment.
Using looper pedals and effects, he is able to seamlessly self-accompany, on a huge range of instruments, including guitar, bass, mandolin, kora (21-string West African Harp), percussion, harmonica and more.
He has a huge repertoire of songs in a variety of styles, including contemporary popular music, classic ro ... ck, blues, bluegrass, country, folk, and even a range of international styles such as Italian Traditional music, African traditional music, Latin and more.
Peter sets a new bar for the concept of a one-man-band. He is a very strong vocalist, with a huge range, and has a shocking level of proficiency on every instrument in his arsenal. This is a show that must be seen.

Peter Fand is a multi-instrumentalist, composer and educator from New York. He has been working with Cirque du Soleil for the past 7 years, most recently as the bass player in their touring production “Kooza.” He was an original cast member of the production “Zarkana,” which he worked with from it’s creation in 2010, until it’s final show in April 2016. He has performed for decades as an instrumentalist and singer with his own ensembles, as a percussionist in the Broadway production of “The Lion King,” as well as with some of West Africa’s most celebrated artists, including t ... he great Mory Kante, and other regional celebrities such as Sekouba Kandia, Petit Conde, and vocal diva Missia Saran Dioubate. He currently performs in three shows on the Las Vegas Strip, including “BAZ”, at the Palazzo theater, “Vegas! The Show,” and “Zombie Burlesque” at Planet Hollywood.
He has appeared at many of New York’s most prestigious venues, including Carnegie Hall, Radio City Music Hall, Symphony Space, The Apollo Theater, and countless smaller venues. Additionally, he has appeared on many of the great stages of the world, including two-month residencies at The Kremlin Palace Theater in Moscow, Russia, and The Madrid Arena in Madrid, Spain, as well as many other theaters and venues around Europe, South America, Australia and Africa.
In addition to his work as a performer, Peter was the director of CREATE!, a non-profit arts organization based in Brooklyn, New York. For 12 years, under his direction, CREATE! provided arts education to as many as 16,000 students per year in New York City schools, in the disciplines of music, dance, theater, visual arts, and a variety of high-tech arts. During his tenure there, he created curriculum which adhered to national standards in education, and the New York Blueprint for The Arts. His programs received funding from The New York State Council on The Arts, New York Foundation for The Arts, The Rockefeller Foundation, The Winfield Foundation, The Independence Foundation, and countless other private and public grantors.
Peter has appeared on over 40 CD’s as an instrumentalist, songwriter and composer, and has composed/performed music for films and television. He was an on-call writer for Putumayo Records, and has additional recording credits with a myriad of artists, including such noteables as Harry Belafonte. He is currently the songwriter/mandolin player/singer in the band Tin Toy Cars, whose debut album was released in January 2016. That album was played on over 80 radio stations around the United States, and Europe, and received rave reviews from many prominent media outlets, including The Huffington Post, Elmore Magazine, Vents Magazine, and many more.
Most recently, he composed the music for an adaptation of the George Orwell classic, “Animal Farm,” which which just concluded a three week sold-out run at the Majestic Repertory Theater, in downtown Las Vegas. This 90 minute production included original music throughout, with several full cast vocal/dance numbers in addition to dramatic underscore.
Peter’s primary instruments include bass (electric/acoustic), Percussion (international/orchestral), mandolin (and octave mandolin), with doubles on Kora (a 21 string West African harp-lute), guitar, blues harp (harmonica) and voice.
He speaks conversational French, Spanish and Russian, facilitating work with artists from around the world, and in projects where English is not the primary language.
Peter currently has artist endorsements with the following companies: Collings Guitars, Weber Mandolins, Godin Guitars, DR Strings, John Pearse Strings, K&K Pickups, Bluechip Picks and Wula Drum. 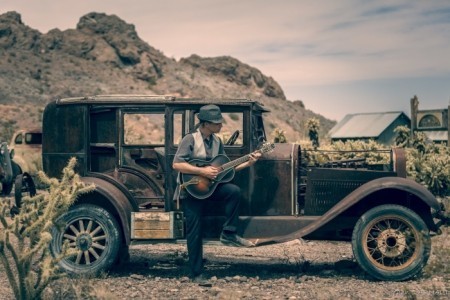 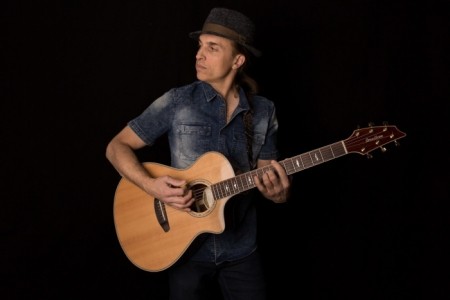 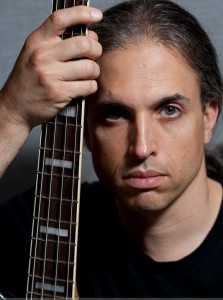 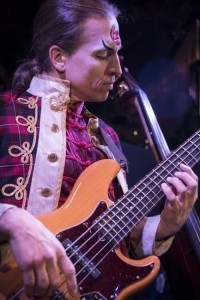 Worked for Cirque du Soleil for 7 years
Performed in The Lion King on Broadway for 2 years
Currently works in several big ticket shows on the Las Vegas Strip
Has performed on many of the world's great stages, including Carnegie Hall, Lincoln Center, two 3-month residencies at Radio City Music Hall, a three month residency at The Kremlin Palace theater in Moscow, and countless more.
Has worked with many notables in the music industry