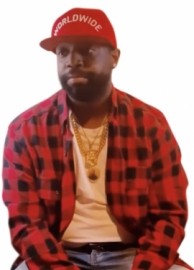 (no reviews)5.0
Performs As: One Man Band, Hip-Hop Band
Country: United States
Based In: Elizabeth, New Jersey
Performs: Nationwide
From: $500

Rich Pesos is a Hip Hop recording artist/performer who also plays cover songs in the Hip Hop genre with over a decade of experience as a musician.
: 856-441-XXXX Click here to reveal
full number


Rich Pesos is an incredibly talented Hip Hop artist, songwriter, music producer, and the Owner and CEO of Rich Dreams Music, an independent music label. Rich’s music is a culmination of his strong love for music and a deep desire to pursue a career in the music industry. He credits his successes to his mother, whose hard work and relentless pursuit of excellence made an indelible impression on him and his brother growing up, and has been his inspiration since. Consequently, over the years, Rich has continually invested his time and energy in creating fresh bodies of work, and forming coll ... aborations with artists, producers, and creatives from all over the world.
Drawing inspiration from the renowned Hip Hop artist, 50 Cent, whose prowess in music and excellence in business he greatly admires, Rich writes magnificent lyrics that he delivers powerfully with a melodious voice that is so pleasant to hear. A dynamic artist, Rich also makes Pop, R&B, and Afrobeats music. With a propensity for sharing his personal stories and thoughts with his fans, he makes his music easily relatable and appealing to a wide range of listeners. Recently, he released his Debut EP, Conflicted.
When he’s not producing other artists’ music or crafting his next song, Rich can be found spending quality time with his family, reading books, and hanging out with friends playing football, soccer, or basketball. Listening to his deeply enchanting, evocative music, and knowing the immense passion he has for his craft, one can never go wrong by saying that the music industry is witnessing the birth of something special in Rich, and the promise of great music that his fans will always enjoy.

Rich Pesos has over a decade of experience as a Musician

Rich Pesos can write songs in any genre with a quick turnaround.