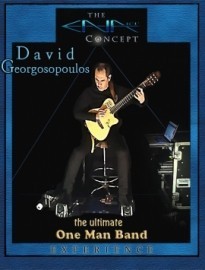 2
(no reviews)5.0
Country: Greece
Based In: Athens, Greece
From: Contact

The "ENArt" Concept.. It is an innovative OMB (One Man Band) idea that combines technologies and produces complete sound in "Real Time", without "any" support of loopstation, prerecorded tracks, computer applications, or any other supporting device .
Request a Quote
Share this Page:
Profile Views: 106
Report this profile

The ENArt Concept. It is an innovative One Man Band idea , which combines guitar/keyboard/el.drums/vocal harmonising technologies , and produces full band sound , in real time, without the use of backing tracks, looper , computer applications , or any other supporting device. Besides the basic guitar sound ( classical or electric ) , the use of technology is such that provides me the bass sound and a plethora of other sounds ( strings, brass , pianos , organ ,synthetic ,atmospheric and fx ), and thus giving me ability to orchestrate each song according to it’s style. The rhythm is produced ... with foot trigger pedals , with which I trigger various rhythmic sounds and loops , covering the role of a drummer and a percussionist. This rhythmic element is the most spectacular aspect of the whole idea , since it presupposes advanced “split brain” training , and attracts the interest of the audience. Finally , my lead voice can be accompanied by 4part harmony backing vocals , enhancing the choruses or on any point of the song , whenever I choose to do so.
As far as my repertoire is regarded , I must say that it exceeds the narrow boundaries of a traditional touristic recipe and simulates more to a semitheatrical & musical attraction , covering most of the biggest music styles like Pop , Funk , Disco , Soul , Rock , Latin , Jazz , Rap , Ethnic , easy listening and relaxing music. I also have a lot of original compositions . In essence , my repertoire is the “soundtrack of my life” and my approach includes strong contrasts and change of mood and frequently talking to the audience about any message the song has to give . My singing manner is not fixed , since I use different accent and expression according to the style of the song , mimicking different voice colours and making things sound more spicy , funny or even dramatic. I must mention that during my performance my “soul power” is very intense and this is almost inevitable , since I am the first recipient of the full band sound that I create , which can be be overwhelming if you imagine the internal energy of all the members of a band concentrated to one person. Playing the soundtrack of my life , the emotion is always strong and this is the element that always has the greatest impact on the audience.
For the the purpose of working on a cruise ship , I came up with the idea of a more interactive section, where I can invite guests to come and sing a song ( that I know or I can very easily add to my repertoire after their request) , with me backing them up as a "full band" ,which could be much more entertaining than a karaoke. I can even record them and give them the recording as a “souvenir" . It would be also a lot of fun to offer my "sound vehicle" to the guests , which would function as "musical Rodeo" for anyone who wants to try it , especially children.
The project has been named “ the ENArt Concept “ . EN or ENA means 1 ( in my native greek language ) and corresponds to the number of members in my band . The extension “rt” symbolises the “Real Time” , where everything is taking place. By fusing english and greek language ENArt becomes 1Art = OneArt.

My name is David Georgosopoulos . I’m a multinstrumentalist , composer , arranger ,teacher.
My dominant musical skill for the biggest part of my carrier since 1987 , was to be musical director for live show performances (*), as well as composer and arranger for studio productions , both with real musicians as well as with computer programming. My two main instruments are the piano (&syntesizers) and guitar (&bass guitar) . I also play several ethnic instruments .I m also a music teacher ( guitar, piano , advanced theory ). For the past two years I've been working on an innovative One Man Ba ... nd idea , which combines guitar/keyboard/el.drums/vocoding technologies , and produces full band sound , in real time, without the use of backing tracks, loopstation,computer applications ,or any other supporting device. The material on my youtube channel (which is quite recent) covers only a maximum 10% of my repertoire , singing skills and the variety of music styles I play. I also have a lot of original compositions . Μy concept for my live performance is not exactly a traditional recipe , since I play from Ennio Morricone to Sting to Chicago , EWF, James Brown , and I make strong contrasts , creating a semitheatrical atmosphere.
I speak fluently English , German and Greek.
(*) here are some links to some old videos of my work as musical director in my early years ,so that you get a wider picture of my musical activity in general. :
https://www.youtube.com/watch?v=1bdQe1HfKH4
https://www.youtube.com/watch?v=aKG01mWhvyI
https://www.youtube.com/watch?v=ynn_wpY7uaw 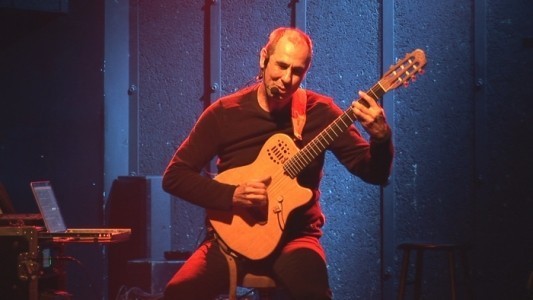 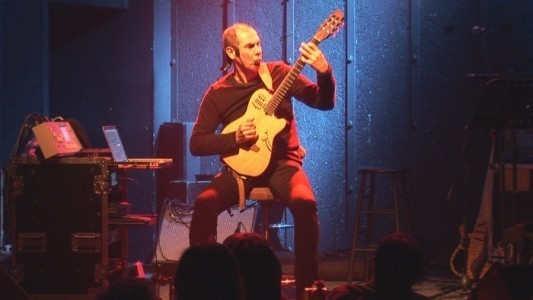 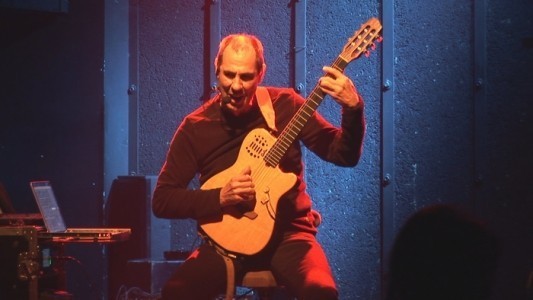 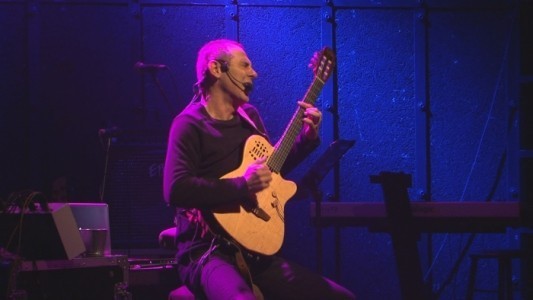 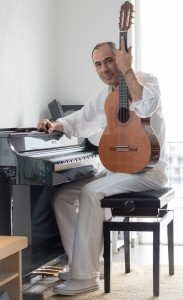 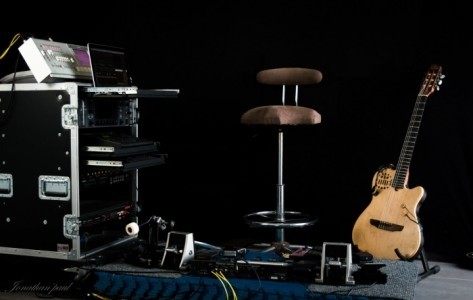