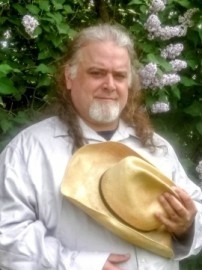 1
(no reviews)5.0
Country: Canada
Based In: Grimsby, Ontario
Performs: Worldwide
From: Contact

When contacting this member, please state that you are viewing their Entertainers Worldwide profile.
Request a Quote
Share this Page:
Profile Views: 243
Report this profile

Self-taught in guitar. Played, practiced and studied for over ten years. solid understanding and knowledge of music Theory.
Over 50 Professional lessons in flute. Can sight read, prefer to practice piece before performing. Flute is calming. Really enjoy being able to play from the heart and allow flute to fill the air.

Entered 5 songs that I have written in the Audio section.
Abide, Draw the Line, Kickin' the Can Down by the Roadside, How Could We Know, Wind Came Down
The recordings were professionally done.
I cover all types of songs from Rock to Country to Blues to Pop. 150+ songs in my set lists.

Born in 1974, Son of a Mechanical Welder for the Canadian National Railway (CNR) and nurtured by God's gift to Mother's.
Father would also say to keep to the math and science boy, those arts won't get you nowhere. Masked by such logic, I proceeded through my education and found myself in an Engineering course at McMaster University. After finishing the first year of a four year course, my dreams were elsewhere... so was my mind. My past with the Mental Health started before University. Through my challenges over the next few years, my life was balanced between work and Mental Health. As we pa ... ss through some of the difficult to describe times we come to 2007. In 2007 I found myself finally learning the guitar. I had bought an acoustic in 2003 hoping to learn. I started my finger pain journey in 2007. To this day I keep a 20 minute at least discipline of guitar practice to maintain the figure strength. Still remember the throb and pulse in 2010 as I tried to sleep at night. Now I know the pain was worth it. If only to be an Amateur Guitarist. Love Music.