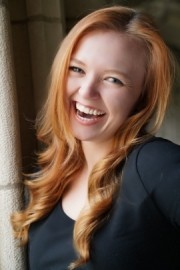 (no reviews)5.0
Country: United States
Based In: Chicago, Illinois
From: $400

Soprano that specializes in the cross genre of opera, musical theater, and pop repertoire! Offers concerts of various lengths within these genres. Pianist may be included upon request at their own individual rates.
Request a Quote
Share this Page:
Report this profile

Soprano Ginny Weant has been performing in multiple operas, music theater shows, cabarets, and various concerts in New York and Chicago. Upcoming performances include her leading role debut in Chicago as Sophie in BrightSide Theatre’s production of Mamma Mia, and an appearance in an “American Musical Classics‘‘ concert with Canto Zenzero (of which she is co-founder)
Operatic credits include Oberto in the edgy production of Alcina with OperaRox (NYC), and with On Site Opera (NYC) productions as the title role in The Ballad of the Baby Mouse, and Barbarina in the North American Premi ... er of Marcos Portugal’s Marriage of Figaro under the direction of Eric Einhorn. She was also featured as The Shepherd boy in Wagner’s Tannhäuser with Apotheosis Opera (NYC) under the direction of the young up and coming conductor and producer, Matthew Jaroszewicz. Other roles include Papagena, in Die Zäuberflote, Despina in Cosi fan Tutte, Zerlina in Don Giovanni, and Fortuna in L’incoronazione di Poppea with Classic Lyric Arts, La Lingua della Lirica in Novafeltria, Italy.
Concerts include Faure’s Requiem and the premier of young composer, Zach Gulaboff Davis’ Violin Concerto No. 2 with the Apotheosis Opera Revelation Ensemble at Weill Hall, Mozart’s Requiem in Carnegie Hall under the direction of the late Paul E. Oakley and the New York Philharmonic, soloist in Ralph Von William’s Serenade to Music with the Owensboro Symphony under the direction of Nick Palmer, Soprano soloists in Rossini’s Petite Messe Solennelle in Forest Hills under the direction of Todd Waschman, Stabat Mater with Vocal Productions NYC, Eve in Haydn’s Creation with St. Luke’s Episcopal, Handel’s Messiah, and Bach’s Cantata 61 with the Kentucky Wesleyan Singers. Ginny Weant was a finalist for the National Association for Teachers of Singing for three years running in the State of Kentucky and Southeastern Regional competitions in 2011-2014.
Ginny also brings her lively bright soprano voice and vibrant acting abilities onto the musical theater stage. She recently performed as Mary Starbuck in Chicago’s Musical Theatre Festival production of “Moby Dick.” In 2016-2018 she performed as a cast member with Disney Cruise Lines on the Fantasy and the Wonder. She debuted in her first off-off Broadway Production of Brigadoon as the leading role of Fiona with St. Jean’s Players on the upper east side. Ginny also performs frequently with The Height’s Players in Brooklyn and has been featured as The Witch in Into the Woods, Kiss Me Kate, and Anything Goes. She also appears frequently in children’s shows put on by The Good Idea Bears in characters such as Alice from Alice in Wonderland, Snow White, and Cinderella. Other Roles include Sally in You’re a Good Man Charlie Brown, Antigone in Antigone, Penny Pingleton in Hairspray, and Godspell.
Ginny completed her Masters of Music at Mannes Conservatory May of 2016. She originally hails from Salisbury, North Carolina.
“WE PARTICULARLY ENJOYED THE SWEET SOPRANO OF GINNY WEANT WHO PORTRAYED OBERTO, A YOUTH TRYING TO GET ALCINA TO RELEASE HER BELOVED FATHER FROM HIS CAPTIVITY.” VOCE DI MECE 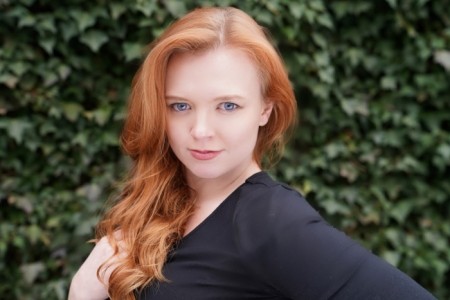 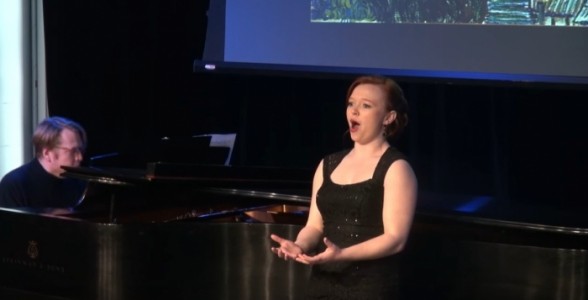 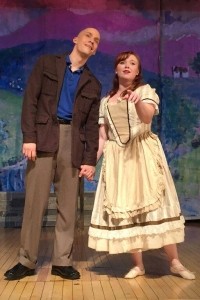 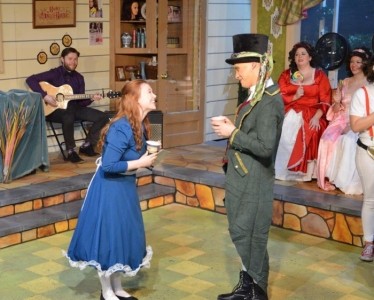