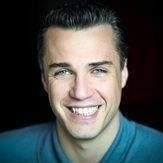 I am an International performer specialized in Opera and musicals. Since 2013, I have been creating and producing shows with great success. My last production is Gaby, mon amour ! a revival of the artist Gaby Deslys, the Eve of french music-hall.
Request a Quote
Share this Page:
Report this profile

I am a pro singer since 2003.
I perform under the name of JEAN CHRISTOPHE BORN
I have been trained in London at the Guildhall, in the Opera Studio of Strasbourg and in Marseille where I started this career.
I had the chance to work with incredible directors such the legendary PETER BROOK, with an international tour of Magical Flute from 2010/2012.
I did many leading roles in Opera and shared the stage with prestigious artists such as Sumi Jo; I have been on tour these two past years with Les Miserables, role of Marius, from the Musical, touring intensively in Zenith in France, in China and ... in Korea;
I am preparing new roles and working in a frenh operetta called La vie Parisienne from J; Offenbach
I am a classic singer with a tenor voice, and I am also really interested into new directions such as Musical and popular musics.
I mostly sing in theaters but I also sing for private events.7I am based in Marseille but I leave also in Paris. So either cities departure is fine for me.

I am an International performer specialized in Opera and musicals. I am curious of any opportunity that life brings me. Since 2013, I have been creating and producing shows with great success. My last production is Gaby, mon amour ! a revival of the artist Gaby Deslys, the Eve of french music-hall. I am actually working on building an international tour for the 100tg anniversary of her disappearance 2020-2021
www.en.gabydeslys.com

Born in Poitiers, France, Jean-Christophe spent his youth in Gabon, Africa. At the age of sixteen, he spent a school year in the United States, where he learned about the world of operas and musicals. Later, his family moved to Marseille, France where he studied at the Conservatoire National à Rayonnement Régional de Marseille (Marseille National Conservatory of Regional Excellence). He also studied Art History at the Faculté des arts, lettres, langues et sciences humaines d'Aix-Marseille (Faculty of Arts, Languages, and Social Sciences of the University of Aix-Marseille). From his time in ... Marseille, Jean-Christophe will always remember the precious guidance and support he received from such luminaries of the operatic world as the world-renowned Spanish soprano Montserrat Caballe and the esteemed French baritone – and recognized expert in the French mélodie – François Le Roux.
Early in his career Jean-Christophe won the first prize for opera singing at the advanced level (première Medaille, chant lyrique, niveau supérieur) in the 2005 Concours Européen des Régions “Ravel-Granados” (“Ravel-Granados” European Regional Competition) the first prize for excellence in singing (premier prix d’excellence, chant) in the 2007 Concours International de Musique et d’Art Dramatique Léopold Bellan (Léopold Bellan International Competition for Music and Dramatic Arts). He also gave numerous recitals of a repertoire ranging from baroque to contemporary music.
In 2009, he was selected by the world-renowned Argentinian tenor José Cura to participate in a master class organized in association with the Opéra national de Lorraine (the National Opera of Lorraine) in Nancy, France. Jean-Christophe’s participation in this select class built upon the outstanding vocal technique he had developed by working with such distinguished teachers as Susan McCulloch, the international soprano and professor at the Guildhall School of Music & Drama in London,
Jean-Christophe has had the great privilege to be regularly cast in leading productions in France and internationally, and over the past decade he has performed in more than 15 countries. Among the memorable highlight of his career, he performed the role of Monostatos in Peter Brook’s award-winning production of Mozart’s “A Magic Flute,” which toured throughout France and around the world (including a performance at Lincoln Center) from 2010 to 2012. In 2013 he sang the role of Tamino in the Opéra de Nice’s production of “The Magic Flute,” which was staged by Yves Coudray and directed by Frédéric Deloche. During the 2013/14 season he was chosen to participate in the select Opera Studio of the Opéra national du Rhin (Strasbourg and Colmar, France) where he partcipated in master classes taught by such stars as the French mezzo-soprano Marie-Ange Todorovitch, the French baritone Jean-Philippe Lafont, and Umberto Finazzi (repetitor at La Scala) There he also sang the lead role in Nino Rota’s “Aladin et la lampe merveilleuse,” Ivan Cavalleri and Enrico Melozzi’s adaption of “Pinocchio,” Charles Gounod’s “La Colombe.” For the 2014/15 and 2015/16 seasons he performed in Henri Sauguet’s “Les Caprices de Marianne,” which was produced by the prestigious Centre Français de Promotion Lyriqe (French Center for the Promotion of Opera) and which was staged at most of the opera houses in France. In 2015 he performed the role of Léandre in Charles Gounod’s “Le Médecin malgré lui” at the Opéra de Saint-Étienne.
In 2017 he first stepped into the role of Marius for “Les Misérables en concert,” a successful concert adaptation of Victor Hugo’s chef d'oeuvre. Over the past 3 years the show has been performed throughout France as well as in China and South Korea. During the 2017/18 season he also sang the role of Johann Strauss Junior in the operetta “Valses de Vienne,” which was produced by the Conservatoire Perpignan Mediterranée and performed throughout France. He was also invited by the Jerusalem Opera House to reprise his role of Monostatos in its production of “The Magic Flute.” In 2018 he was the special guest of Sumi Jo, the Grammy award-winning, South Korean lyric coloratura soprano, for a serious of concerts entitled “One Night in Paris.” In July 2019 his own production, “Gaby, mon amour” was selected as part of the Festival Off d’Avignon, which is part of the world-famous Festival d’Avignon. The show, which he wrote and which he also performs in, presents the life of French cabaret star Gaby Deslys. Accompanying him in “Gaby, mon amour” is the acclaimed singer/pianist Mark Nadler. In addition to continuing performances of “Gaby, mon amour” for the upcoming season he will also perform the role of Séraphin in André Messager’s “Véronique” at the Théâtre de l'Odéon in Marseille.
Highlights of Jean-Christophe’s roles on the opera stage include:
Lerida (La veuve Joyeuse – LEHAR) Théâtre de l’Odéon Marseille
Marius ( Les misérables – Boublil/Cohen) Tournée en France / Chine / Corée
Strauss Junior (Valses de Viennes – Strauss Jr) La Commanderie - Dôle
Horace ( La colombe – Gounod) Opéra National de Strasbourg
Aladin ( Aladin et la lampe merveilleuse – Rota) Opéra National de Strasbourg
Le Criquet (Pinocchio – Melozzi) La Filature de Mulhouse
Tamino (Die Zauberflöte – MOZART) Festival d´Art Lyrique Eve Ruggieri,
Don Ottavio (Don Giovanni – MOZART) Festival Lyrique de Salon de Provence,
La Théière / Arithmétique / Rainette (L´Enfant et les sortilèges – RAVEL),
Monostatos / First Priest / First Armed man (Die Zauberflöte – MOZART) Théâtre du Gymnase Marie Bell et en tournée à travers le monde avec Peter Brook,
Eneas (Dido and Eneas – Purcell),
le Remendado (Carmen – BIZET) au Festival Lyrique de Salon de Provence,
La Marquise (Le Gendarme incompris – POULENC) Nouvel Olympia, Tours, Dominicains de Haute Alsace, Guebwiller,
Don Luigino (Il Viaggio a Reims – ROSSINI) Opéras de Reims, Vichy, Avignon, Massy, Montpellier, Clermont-Ferrand