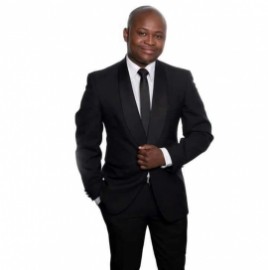 I am a male tenor opera singer , I can do stage performances, I can act and sing.I also do crossover music,light music.
: 062185XXXX Click here to reveal
full number

When contacting this member, please state that you are viewing their Entertainers Worldwide profile.
Request a Quote
Share this Page:
Profile Views: 528
Report this profile

Kagiso Boroko hails from Hammanskraal and already at school, he showed interest in choral
music, joining his school choir in 2003. During this year he also joined the group ‘Sweet Voice
Masters’
As a member of the ‘Sweet Voice Masters’ he realized that he loves performing and as a
member of this group he performed and participated in the various events, competitions and
performances, to name a few: The Unisa Music Foundation Competition, the birthday
celebration of Mr Bill Venter, the Altron Awards in 2007 at the Sun City Palace at the Yamaha
young talent Rocks Competition and a ... t the Caltivaria Festival.
Kagiso successfully auditioned in 2010 for The Black Tie Ensemble’s Incubator Scheme. During
the next three years he participated as a member of the chorus, part of the Scheme’s training
curriculum, in the BTE Opera Vignette production of CW Gluck’s Orfeo ed Euridice in 2010.
He was also a member in BTE’s Annual Christmas Concerts for 2010 and 2011. During 2011 he
sang the role of the ‘Page’ in BTE’s production of Amahl and the Night Visitors by Gian-Carlo
Menotti. Later that year he was part of the Vignette opera production of Gaetano Donizetti’s
Lucia de Lammermoor and during September, Cavalleria Rusticana by Pietro Mascagni and sang
the role of Pinellino in the BTE production of Gianni Schicchi by Giacomo Puccini.
During 2012 he participated in the following productions for BTE VO1SS: Forté: Power of the
Voice; Verdi Opera Gala; A Spring Gala; One Voice: An African Celebration; A Christmas Concert
and Carols by Candlelight. Kagiso passed his final assessment and is currently a member of
Forté. He receives vocal coaching from Marcus Desando.
Since becoming a soloists for Gauteng Opera Mr Boroko has sung Gastone in La Traviata, Hond
in Tronkvoel, /A!kunta in Wordsfrom a broken String and he is preparing to sing Politgray in Out
of Timefor Gauteng Opera’s season of CULA MZANSI 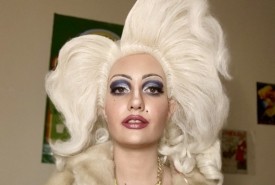 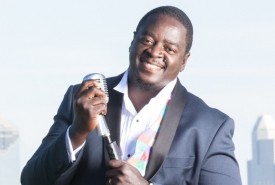