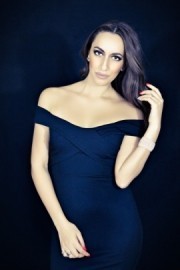 2
(no reviews)5.0
Country: Georgia
Based In: Tbilisi, Georgia
Performs: Worldwide
From: contact

search Job and contract for opera singer in worldwide
Request a Quote
Share this Page:
Report this profile

i worked as a soloist at the Tbilis state opera hause, and also cooperate with the classical music festival in Belarus and Lithania,
also i have experience in karaoke leading