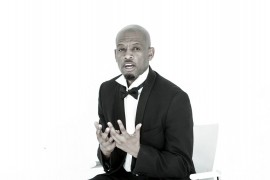 A relaxing and captivating mini solo concert filled with several aria's from the greatest opera's and composers such as Mozart as well as musicals such as Porgy and Bess.
: 076471XXXX Click here to reveal
full number

A relaxing and entertaining one hour concert, by a South African Bass opera featuring a combination of opera arias and excerpts from famous musicals. Madoda’s concert also features 3 popular South African traditional songs sung in isiXhosa. His music is a reflection of his life as a South African Opera artist who has had the privilege of traveling the world and adding western influences to his traditionally learned way of singing.
1ST Section (Opera)
2nd Session (Musicals and African Jams)
IL’lacerato spirito (from Simon Boccanegra by Verdi)
In Diesen Heil'gen Hallen (from the M ... agic Flute by Mozart)
O Isis und Osiris (from the Magic Flute by Mozart)
Vecchia zimarra senti (from La Boheme by Puccini)
Vi ravviso (from la sonnambula by Bellini)
Come dal ciel precipita (from Macbeth by Mozart)
15 minute Recess
Some enchanted evening (from South Pacific by Rodgers and Hammerstein)
Stars (from the musical Les misérables by Russel Crowe)
Time to Say Goodbye (I’ll Divo version)
Ol’man River (from the musical Showboat by Jerome Kern)
Nella Fantasia (by Ennio Morricone made famous by IL’Divo)
Igqirha Lendlela (bass version of the click song by Miriam Makeba)
Thula thula (An African lullaby)
Phatha-phatha/Goduka Medley

Ebenezer Sawuli
Bass
Born: 1976 January 03
Email: sawulimadoda@gmail.com
Contact: +27 (0)76 471 3347
Address: 27 Diniso Street
New Brighton White location
Port Elizabeth 6200
Ebenezer Sawuli was born 1976 in Port Elizabeth, where he grew up and primarily obtained his musical knowledge at Cowan High School.
His career in singing started at an early age; he sang in several local choirs and was initially exposed to the world of opera during high school with numerous competitions. His love for performing in operas lead him to join the Di ... mpo De Kopano lyric theater in 2000, his roles there included: Diesel in West Side Story, Zuniga in Carmen as well as the part of the Angels/disciples in Mysteries directed by Mark Donford-May. Ebenezer also joined the Cape Town Opera choral training program in 2002 where he performed his first opera choruses such as Nabucco, La- Traviata, Faust and La Damnation de Faust.
In 2004 he was an active part in the best feature film of the year u-Khamen e-Khayelitsha (CARMEN--Bitzet) which won the Golden Bear Award at the Berlin Film Festival 2005.
In 2007 he cast the bass role in the Verdi Requiem at New Apostolic and was invited to join the Cape Town Opera Young Artist Program (STUDIO). In the same year Ebenezer starred as Sarastro in the Magic Flute in a William Kendridge production, Colline in La Bohème and he additionally attended the University of Cape Town College of Music. There he acquired several roles the following year in operas like Grieux in Manon Massenet at the Artscape Theater Centre, Sparafucile in Rigoletto and Il Commendatore and the role of Seneca in Coronation of Poppea; directed by Prof. Angello Gobatto.
In 2008 he sang the role of Il Commendatore at the Joseph Stone Auditorium and Don Giovanni at the Baxter Theater which were both conducted by Prof. Khamal Khan.
In 2009 Ebenezer played the role of NED in the musical opera Treemonisha in Martinique, directed by Patricia Phanton.
In 2010 he was requested as the guest soloist to perform in the Nation Building Festival in the Johannesburg Standard Bank Arena.
2011 he was casted for the new musical opera called Winnie Mandela performed at the Pretoria State Theatre and in 2012 he sang as the Drunken Poet in the Fairy Queen Opera at the Jospeh Stone Auditorium. The opportunity of touring in Europe revealed itself in 2013 as he performed as a soloist and in the chorus of the African Angels musical and opera production. Furthermore the challenge of touring was exempted in 2014, where Ebenezer travelled to Spain, Portugal and France where he performed as Banco in the Macbeth Opera directed by Brett Bailey. In the same year he also attended a musical workshop held in Angola. His last performance that year was at the National Choir Festival as the King (“Mein Herr und Gott” – Aria from Lohengrin by Richard Wagner) at the CPUT in Cape Town.
Currently he is working with Prof Khamal Khan as his voice teacher. 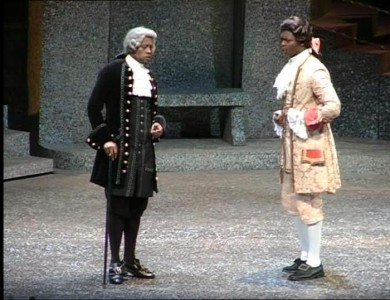 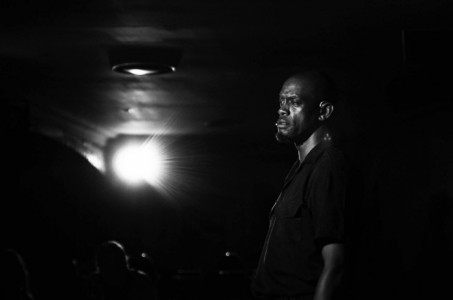 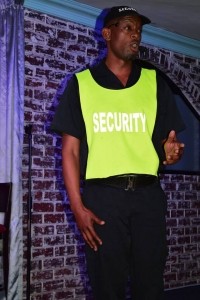 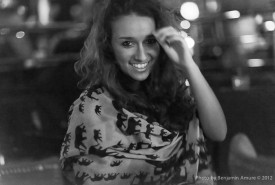 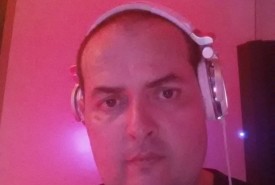