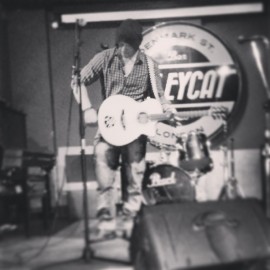 Playing acoustic covers or Original music, 3 and a half hours material

Born in 1985 Andy is a singer-songwriter and guitarist from Oxfordshire. His love of music started at an early age exposed to his dads constant barrage of music in the evenings such as The Beatles, Kinks, Eagles, Pink Floyd and The Smiths to name a few.
A keen writer from aged 11, Andy took an interest in poetry and had poems published in competitions at school. At age 14, deadly jealous of the guitar his brother was given for his birthday, he claimed it as his own and hasn’t looked back since. With a determination that has never left him, he taught himself to play the guitar by endlessly r ... eading books and pestering older friends to correct his mistakes and help him to polish his craft as well as Rigorously reciting Oasis’ Wonderwall and the classic Irish folk song Black Velvet Band until his fingers were raw.
Stumbling across an open mic night by accident one evening Andy returned the following week armed with his guitar and a backlog of covers. It was around this time that Andy wrote his first song: Morning Sun (A song about his first born son) Since then Andy has been a regular on the Oxford Music scene and has performed at over 500 open mics, gigs and festivals including Witstock and Hanneyfest. As well as performing as a solo artist Andy has played lead guitar in Strange Vintage, an Oxford born retro band, sung for Refugees of Culture and even formed his own acoustic band: Vanilla Street, where he played Rhythm guitar and sang. Taking his inspiration from artists such as Oasis, Ruarri Joseph, Jimmi Hendrix, The Beatles and Bob Dylan, Andy describes his sound as ‘Folk Blues with an indie rock undertone tied up with a emotive edge.’ His debut album Lost in a Moment is available now to download at www.soundcloud.com/andy-robbins , if you can make it to one of his gigs he will also give you a cd.
Andy is currently working on his second album. 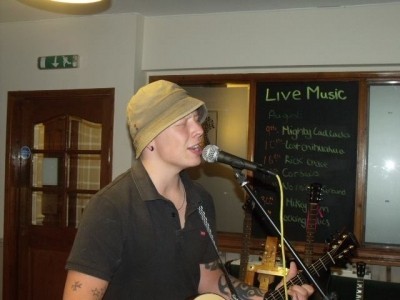 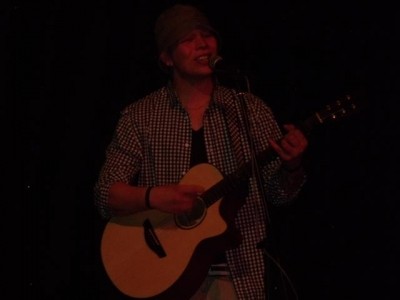 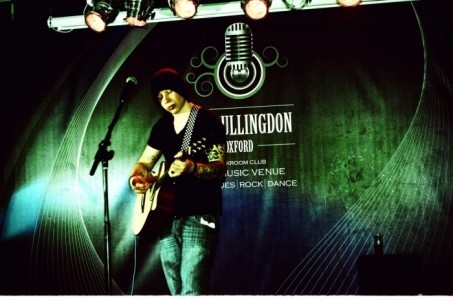 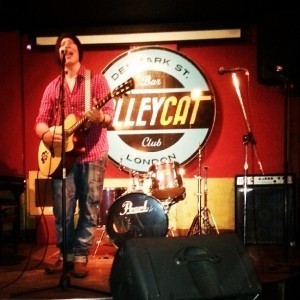 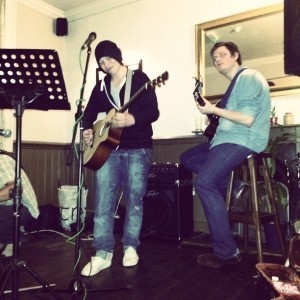