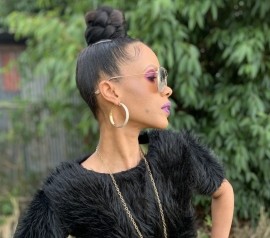 (no reviews)5.0
Country: Barbados
Based In: Bridgetown, Barbados
Performs: Worldwide
From: $500

When contacting this member, please state that you are viewing their Entertainers Worldwide profile.
Request a Quote
Share this Page:
Profile Views: 272
Report this profile

Ayana John is an Urban (Soul, Reggae, Soca) Award-winning Recording Artiste, Songwriter and Performer hailing from Barbados, West Indies. Known for her slew of hit songs and unique vocal style supported by a wide 4-octave range, Ayana has over 14 years of recording experience under her belt alongside a long-spanning performance history that ranges her whole life. Boasting stints in musical theatre, pageantry and dance, Ayana, a former beauty queen (Ms. Barbados Bikini 2005, Ms. Caribbean Fiesta 2006 and 1st Runner-up Ms. Barbados Universe 2006) has managed to transition from competitive arts t ... o a more than decade-long career in music and many opportunities to perform in front of massive audiences at some of the biggest venues in the world. For example, as a headline act at The Shepherd’s Bush Empire, London and at the wildly popular, ‘Reggae on the Hill’, Barbados to ‘Nottingham Carnival’, Nottingham, England, she has fearlessly bared her soul before in excess of 15,000 people, at any one of these major venues. Other appearances include MIDEM International Music Trade show 2009, Cannes, France and South by Southwest 2011, St. Louis, Missouri.
Her breakthrough song came with the Reggae/Dance Hall hit, ‘Bajan Story (2006)’. It was the first of a string of popular tunes that graced the song list of her self-titled debut album featuring the chart-toppers, ‘Guns & Roses (2007)’, ‘Paper Chase (2008)’ and ‘Pose (2009) featuring Grammy Nominated Reggae/Dance Hall Artiste, Elephant Man. Shifting management to her own Independent Label, Live Blue Entertainment (est. July, 2010), the ‘Royal Blue’ EP followed featuring singles, ‘Baby’ and ‘Can’t Keep Up’ released August, 2010. The ‘Ignite’ LP came soon after featuring singles, ‘Iron Heart’ and ‘It Ends Tonight’ released April, 2011. The ‘S-Curve 1.0’ EP followed, featuring singles, ‘Light Me Up’ and ‘Save the Night’ released August 2014.
Having pursued and completed a Bachelor’s of Science in Pure Mathematics, Ayana, decided to spend a school year, (October 2011 – July 2012) in London, England pursuing a Diploma in Popular Music Practice (Distinction) from the University of West London certified by the Board of the London College of Music.; furthering her education, John decided to pursue a Masters in Business Administration (2020).
In November 2014 along with producer Anderson Marshall, the group Steady Rockin was formed. John on songwriting and vocals and Marshall on production and keyboards. The group was featured at Carifesta XIII held in Barbados and was a featured act at the Coast2Coast Live Music Showcase 2017 in Miami, Florida on Labour Day Weekend scoring a 3rd place finish in the All Ages competition. Ayana has been the host and featured female vocalist of the Heritage Show, Celebration of Rhythms also headlining The Carifesta XIII Opening Ceremony 2017 at The Kensington Oval with John at the helm.
The new EP, Play Wit Fyah (2018) was released featuring singles, ‘Wanna Go’, ‘Temptation’ and ‘Universal’ which are all accompanied by official music videos. A brand new full length album of 10 tracks due out February 4th 2020 called, ‘FELOSHADE’ will feature the 2019 hits, ‘Keep Moving’ and ‘Rockin Wit U’ alongside brand new tracks, ‘Cash Flow’,‘Cold World’ and ‘Doan Bodda Me’. This release coincides with the official launch of the clothing line ‘FELOSHADE Luxury’.
2020 will see the inevitable international breakthrough of the superstar, AYANA JOHN!
See the following sites for news and updates:
http://ayanajohn.com
www.facebook.com/ayanajohnlbe (ARTIST PAGE)
www.instagram.com/ayana.john
www.twitter.com/AYANAJOHN 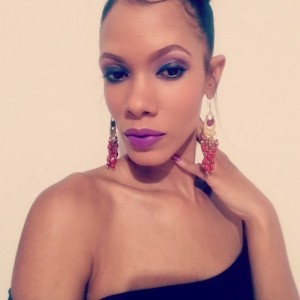 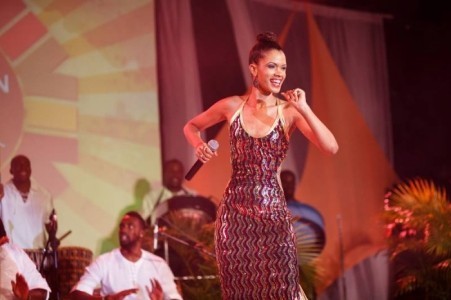 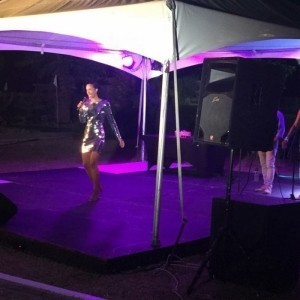