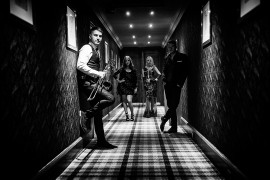 (no reviews)5.0
Country: United Kingdom
Based In: Newcastle upon Tyne, North East England
Performs: Worldwide
From: £2000

"The Society of Ambiance-makers and Persons of Elegance’ (Le SAPE if you’re one of the cool kids), a cool collective made up of eight musicians from all over the North East who take infamous musical numbers from all genres and re-spin them with a little Le SAPE magic to create music you’ve never heard before, except you have….." - Fashion Blogger Pixie Tenenbaum
Born in back alley clubs and smoky bistros in the most vibrant cities of the world, conceived of in the backstage dressing rooms and the dark stage wings of the most famous showrooms, willed into creation in the underground ... speakeasies and secret drinking establishments of those who prefer to remain incognito, Le SAPE Nocturne is not your ordinary band. In fact it’s not a band at all it is an entertainment experience.
From the mind of Las Vegas musical veteran Jason Holcomb (best known for his work with Matt Goss of Bros fame, Frankie Vali, and Motown recording group The O’Jays) Le SAPE Nocturne is an exploration into the rebirth of the modern speakeasy and social experience. Focusing on popular music re-envisioned in vintage, retro, and classic styles. Rock becomes swing, hip hop becomes jazz, pop becomes soul and vice versa. There is an endless barrage of quirky, clever, and surprising renovations to the world’s most loved and well known music. Combined with entertaining and captivating stories of life in show business from Los Angeles, to Las Vegas, and New York City, this is truly an experience unlike any other. 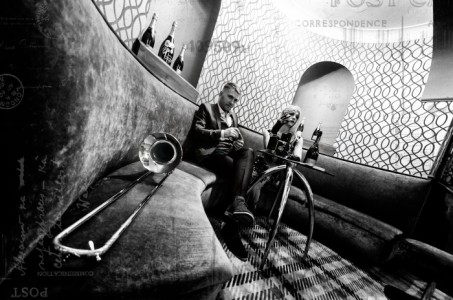 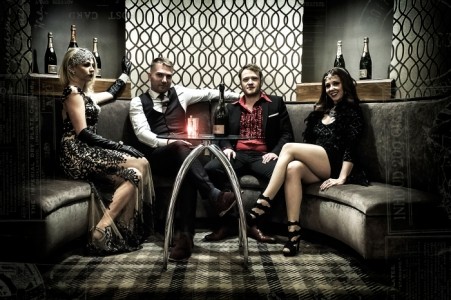 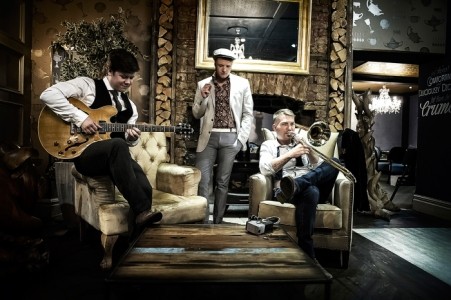 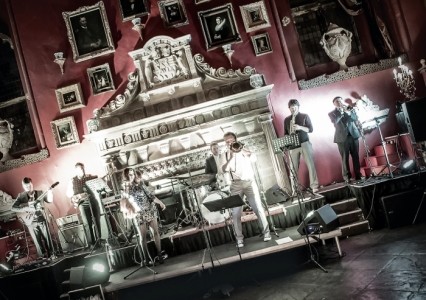 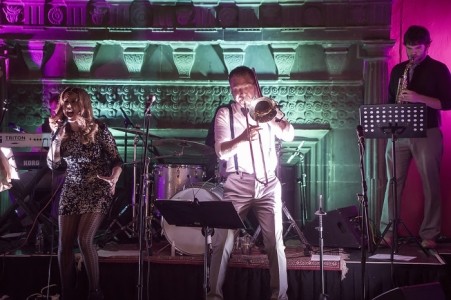 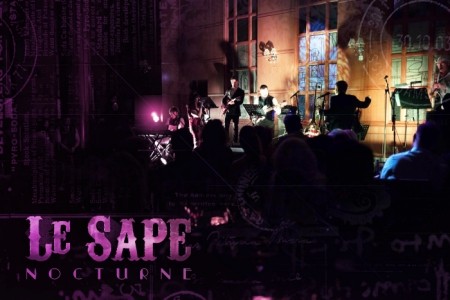 Le SAPE Nocturne is made up of an eclectic group of highly experience and highly trained musicians who individually have performed with a wide variety of stars including Frankie Vali and the Four Seasons, Sting, Matt Goss, Steve Cropper, Dinah Washington, The O'Jays, and many others.