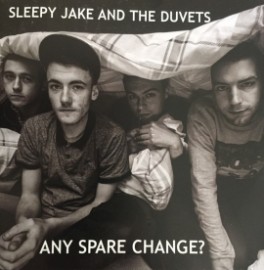 Sleepy Jake & The Duvets - Other Band / Group | Bradford, Yorkshire and the Humber

1
(no reviews)5.0
Country: United Kingdom
Based In: Bradford, Yorkshire and the Humber
Performs: Worldwide
From: £300

Hole in my pocket
Pleb
Bitter
Oh my days
Easy access
Any spare change?
Ink in a pencil
Doin head in
Bird than never flew
Let you down
Yolo
Various covers

If you haven't already, Then in 2017 you will definitely hear about Bradford's Sleepy Jake And The Duvets. If you have, then your about to hear a whole lot more from them, get ready to feel them in your gut.
The Bands debut E.P 'ANY SPARE CHANGE?', is out now on Widemouth Records. Available in physical form from various retailers, and to download/stream on all major platforms. Since its release in october, The band have been gigging constantly, winning fans over and garnering a following with every show.
As well as their unmissable live performances, 'ANY SPARE CHANGE?' sees Sleepy Jake - ... Guitar and Vocals, Dan - Lead guitar and Backing vocals, Shane - Bass and Backing vocals and Tim - drums/percussion and backing vocals, stake their claim as the jewel in the crown of the Yorkshire music scene.
Without a doubt 'ANY SPARE CHANGE?' is a ballsy statement, with a live show to back up this bold claim. 2017 will see the band release a single with music video to support and, a full album new of material.
Their new album will be far more than a sonic experience, drawing inspiration from contemporary and classic genres and artists, but still retaining the raw bluesy ska-core roots. 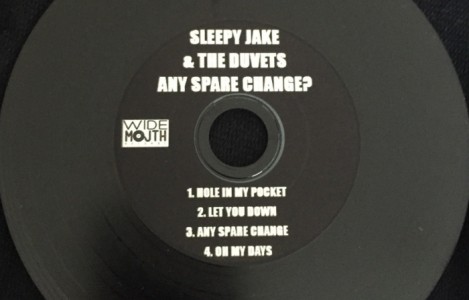 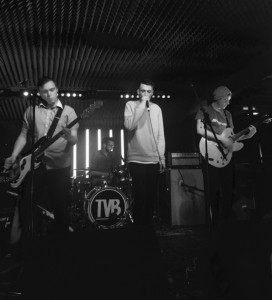 Landmark moments for the band so far have included,
Appearing on B.C.B radio and having their music played on a regular basis. Playing the Lord Mayors Dragon Boat Festival, Playing the annual North Parade Street Party and opening the Discovery Stage at the award winning Bingley Music Live festival. Finally the band saw of a busy 2016 by supporting number 1 selling artist's Sam and the Womp.

Share this Page:
Click here to view more Live Bands in Yorkshire and the Humber
Browse all Entertainment Hire options!