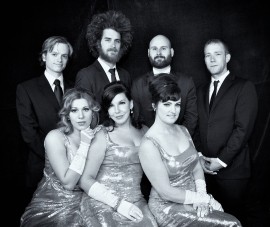 The Bettys is a ‘one stop shop’ vintage events band that takes you on a journey through the decades. Fronted by 3 harmonizing ladies that dance and dress in delightfully matching attire. From Jazz to pop to rock, an evening with The Bettys will leave you wanting more.
Request a Quote
Share this Page:
Profile Views: 789
Report this profile

The Group’s genre spans from the 1920’s to current top 40 hits. An evening with the Bettys is always sexy, hilarious, and memorable.
This Toronto-based vocal trio brings three part harmony into the modern age with a repertoire that includes everything from “Boogie Woogie Bugle Boy” to “Eye of the Tiger.” Dressed in 1920’s-1960’s style wardrobe, the three sing like The Andrews Sisters with inspiring harmonies and perform classics such as “Mr Sandman,” and “In the Mood,” but what makes the Bettys truly stand out are their show-stopping interpretations of more current tun ... es like: Aerosmith’s “Dude Looks like a Lady” and Hall & Oates “Maneater.” The Bettys cite everything from Marilyn Monroe to Nine Inch Nails to the neo-Burlesque movement as influences.

Back in 2010, when Lisette St. Louis created a “Sisters” group with Patty Pedersen and original member Olivia McLean (later replaced by Marty Kolls then by Kalya Ramu), the idea was not just to recreate enchantments of an historical songbook; rather to create an individual sound, and clever arrangements which would encapsulate the trio’s eclectic influences.
The three ladies met singing in an ABBA Tribute Band, became good friends and formed what is now known as The Bettys.
After finishing a music performance degree at the University of Western Ontario, Lisette St. Louis went on to v ... oicing animations, acting and singing in children’s television shows and fronting jazz and rock bands in both Seoul, Korea and Toronto, Ontario. Graduating from The American Musical and Dramatic Academy in New York, Patty Pedersen went on to sing and dance on various cruise lines traveling the world, then found herself starring in several musicals in Toronto, Ontario. Hailing from Toronto Ontario Kalya Ramu is completing her final year in contemporary music at Humber college. She has shared the stage with several known jazz musicians such as Doc Severinsen, Barry Harris and Jackie Richardson and has performed in various venues around the world. 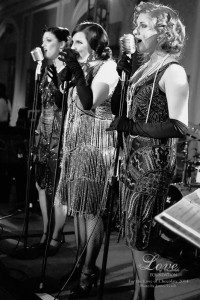 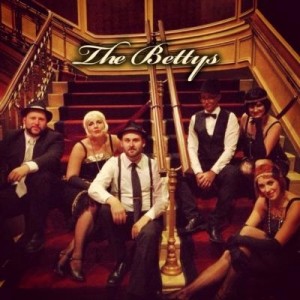 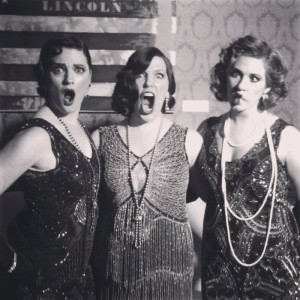 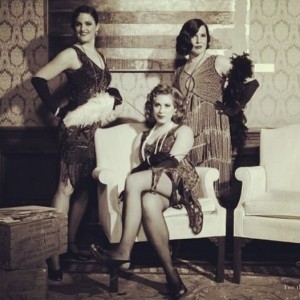 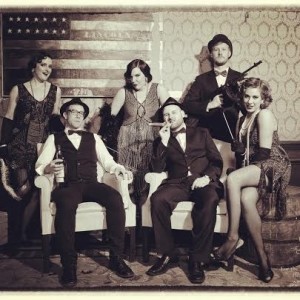 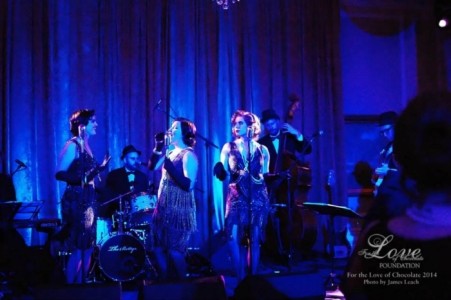 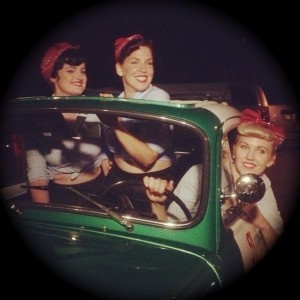 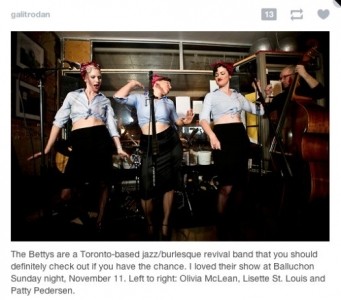 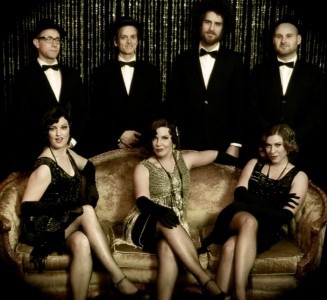 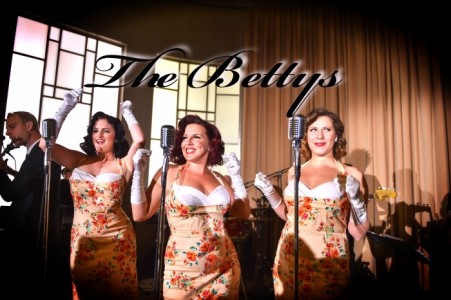 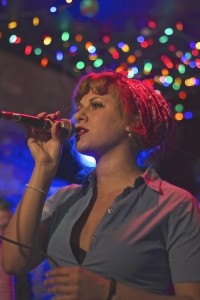 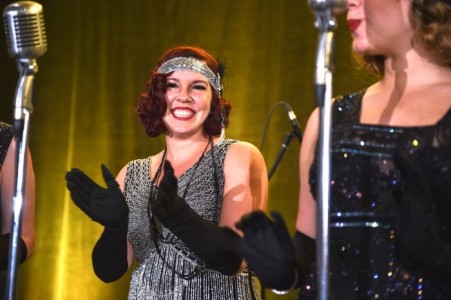 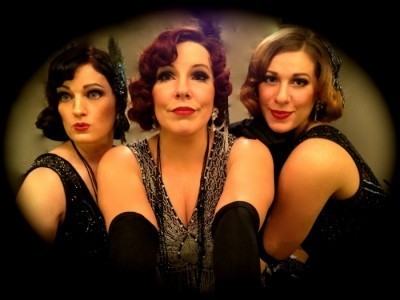 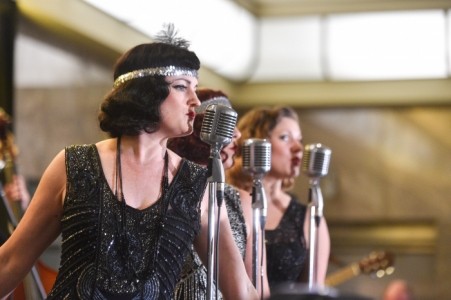 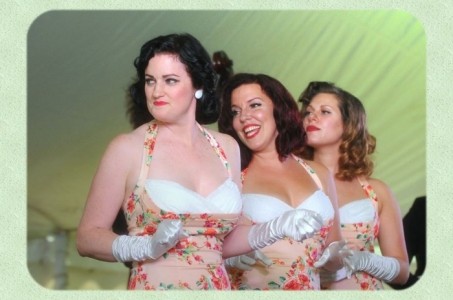 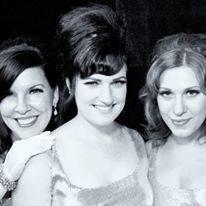 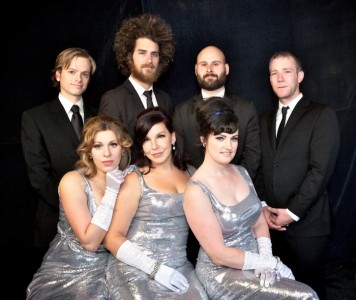 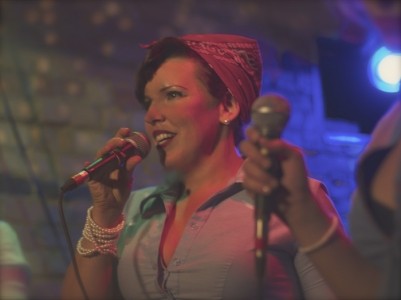 The Bettys - Other Band / Group - Canada, Ontario Event Location: Cheney Place, Grand Rapids, USA Event Type: Corporate Christmas Party 9th December 2015
“We asked The Bettys to perform our corporate party and I couldn’t be happier with their performance! We had turned an old warehouse space in a 1920’s speak easy, but it didn’t truly feel authentic until The Bettys hit the stage. The girls looked the part and sounded amazing, and the band was awesome! I especially loved how they incorporated some modern music into and still sounded like the belonged in an old gin joint from the 20’s. Not to mention they we’re so easy to work with. Lisette was extremely patient with me and responded to ALLL my emails and phone calls promptly, ad had really good ideas for the event, they went even above and beyond to find a couple of dancers to bring along. I’m already brainstorming ideas for events where we can book them again! They were such a delight. ” Global sale division,
Reviewed by: –Emily Friar, Amway Co.
The Bettys - Other Band / Group - Canada, Ontario Event Location: Miramichi New Brunswick, Canada Event Type: Theatre Show 16th November 2015
“I watched as The Bettys & their decade spanning catalogue of songs turned a 500 plus soft seat theatre on its ear. From the opening moment until their final farewell, these ladies had the audience in the palm of their hands, twisting & turning through the decades with as good a band behind them as you’ll see anywhere. Individually great. Collectively magical. Their final half hour is as good a 30 minutes as you’ll see in show business.”
Reviewed by: – Paddy Quinn 95.9 sun fm
The Bettys - Other Band / Group - Canada, Ontario Event Location: Niagara on the Lake, Ontario Canada Event Type: Wedding reception 16th October 2015
They truly made our wedding come alive. Dressed beautifully in 20s inspired wardrobes and playing the perfect song list that was a mix of modern, 20s and soul – our guests were literally dancing from the first song until the last. The ladies even got on the dance floor to teach the guests a few moves! Many guests said they were the best band they had ever seen! We agree! Lisette was friendly and always available when I had questions leading up to the wedding – she was wonderful to work with and I would hire The Bettys again in a minute!”
Reviewed by: -Shannon Mastaler
The Bettys - Other Band / Group - Canada, Ontario Event Location: The Bruce Hotel, Stratford On. Cananda Event Type: NYE party 31st December 2014
“We had the superb honour of having The Betty’s play our inaugural New Years Eve dinner in our dining room this past year. They were professional to deal with right from the first contact through to the moment they packed up their gear! Not knowing what to really expect on our first ‘big’ night, we were so blown away by the talent of this group. Everyone in the band is there to ensure a great time for all the guests…They began to play and within a couple of minutes, the dance floor was full! I have received so many compliments from guests that were here that night about The Betty’s. “Where did you find t The costumes, the songs, the music, the lovely ladies…..It was a magical night and I can’t wait to have them play again. People are already asking….”Who is that amazing band???” is what I heard time and again.
Reviewed by: -Bronwyn Aaron
The Bettys - Other Band / Group - Canada, Ontario Event Location: Union League Bld Chicago USA Event Type: Gala fundraiser- 12th February 2014
Okay, now that I said all that, let me tell you why I really love The Betty’s. They are UNIQUE! You won’t find anything like them anyplace else. They are versatile and can span a huge genre (20’s, 60’s, 80’s!) without sounding like the typical wedding cover band that belts out a bad version of Brown Eyed Girl. The crowd was eating them up all night. They’re memorable. They’re engaging, but again, not in a tacky way I’ve seen so many times. They flow with the event and the crowd. Our guests danced and partied all night with them. I can’t tell you how many people came up to me in the following days and talked about The Bettys. In fact, we rarely invite bands to return a second time to our gala (we like to keep it fresh!), but we will be inviting them to return next year to entertain our group. If you are looking for something a little different, but crowd-pleasing with a little sass and major pop, then you’ve found your band.
Reviewed by: -Susan Walker

The Bettys have had the pleasure of playing countless parties, galas, Weddings and corporate events Internationally since 2010.