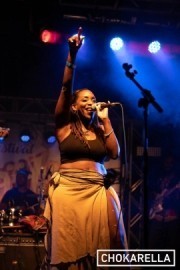 (no reviews)5.0
Country: Canada
Based In: Laval, Quebec
Performs: Worldwide
From: $1800

My band and I are the party. I sing in French, English and Spanish to entertain according to the audience and the event. Most of my original songs are afro-caribbean. I also sing covers that vary between R&B, Soul, reggae, and pop
Request a Quote
Share this Page:
Profile Views: 840
Report this profile

My show's repetoir varies on the event (Casual or Formal) and the age group. I can have a colorful list of Afro Caribbean dancing tunes (R&B, reggae, soca, zouk) and Jazzy and Soul ballads or even Pop. I also leave time for the musicians to play their set. I am very big on engaging the audience. I've been told it's their favorite part and why they come to my shows

Tifane is the present and future of Haitian and World music. In the 21st century, she has become an Icon of Haitian music and remains one of the most influential writers and composers of her generation. From the beginning, she quickly proved to be very talented: She's fun, all smiles, she sings, she dances in a refreshing style that captivates people right away. Tifane is part of a category of artists who have the will and what it takes to succeed.
Since releasing her first self written and composed album "Anprent", known for its record selling single "Se Kòm Si", she has been collaborating ... with some of the biggest names in Haitian music and performing worldwide. She has touched North America, the French islands, France, Belgium, Serbia and Canada. She is the recipient of 10 awards and 2 official titles during her career of 12 years.
Revelation of The year 2005, the Ticket d'Or Award 2006 by Musique en Folie, Best Female Artist of the year 2006, Honor and Merit Award, March 2007 by World Vision Haiti, "Best Female Vocalist" in Serbia, at the 24th Nisville Jazz Festival, "Female Artist of the Year 2007" by Promo Culture, "Best Video" and "Ticket Nemours" Awards by Musique en Folie. In 2008, the Voluntary Development of Haiti (VDH), awarded her "Woman of Leadership" Award for using her talent and a program she created called KALM to promote Peace among youths. In 2009, the Secretary of States for the handicapped in Haiti named Tifane their goodwill Ambassador. In February 2017, the international Organization "Save the Children" in Haiti also named her their spokesperson for their new campaign "Tout Timoun Ladann" (Every child counts). She is well known for her strong stage presence and her way of using music to send positive messages. Her last album "Sous la peau" proved to the world that her talent as a composer will not stop renewing itself.
​
She is currently working on her new album. This summer, after 4 successful shows in Haiti, Tifane set the stage on fire as a captivating guest Star of the recording artist and SOCAN Award recipient, Wesli, at the festival “Nuits d’Afrique” of Montreal. She successfully closed the festival Francophonie en Fête of Toronto this fall leaving people wanting more. As she promised her fans 3 years ago, she’s back!
Tifane is a unique precious stone, a role model, a talented woman and the pride of her country. 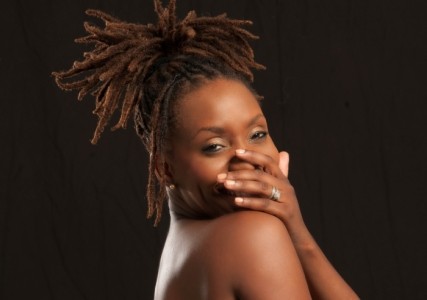 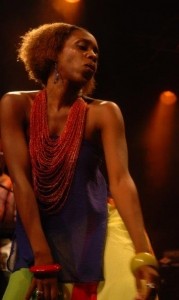 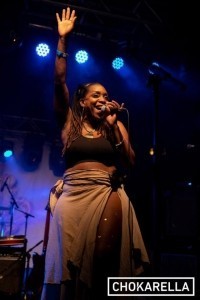 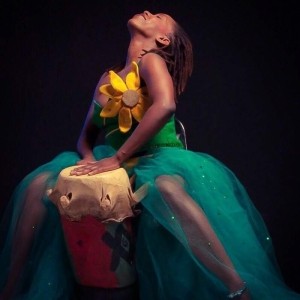 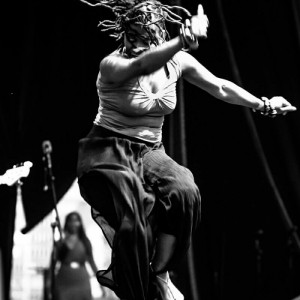 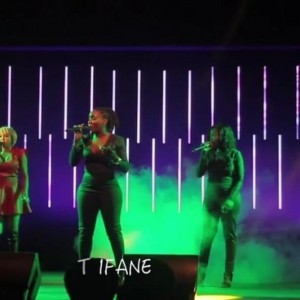 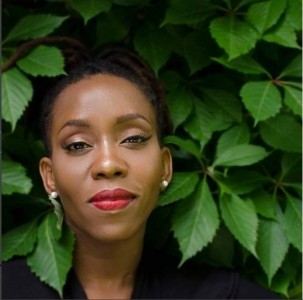 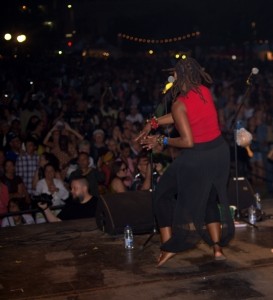 I have been a worldbeat singer/song writer and a recording Artist for 12 years now. In between tours and concerts I've also taken part in many humanitarian movements as it's always been important for me to use my popularity for good. Therefore many of my songs are about love and kindness, positive energy, having fun, enjoying life and staying strong. I was born to do this so I always go above and beyond to assure my reputation stays strong. 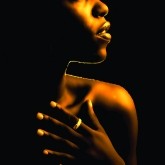 
Let this Island girl's voice take you away http://web.tunecore.com/music/tifanehaiti