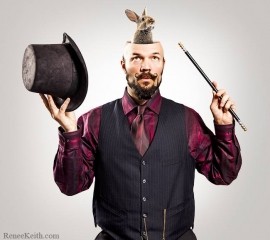 Elias "Lefty" Caress is an award winning magician and variety entertainer. Elias has entertained a wide variety of audiences nationwide for many years, ever since he walked away from his engineering job (that he hated). Elias is known as a 'variety' entertainer because in his stage act you might see him perform illusions, hypnosis, sleight of hand, juggling, and comedy. 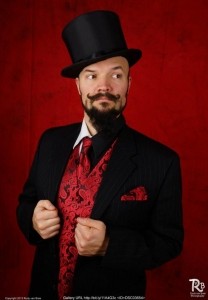 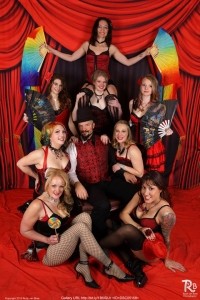 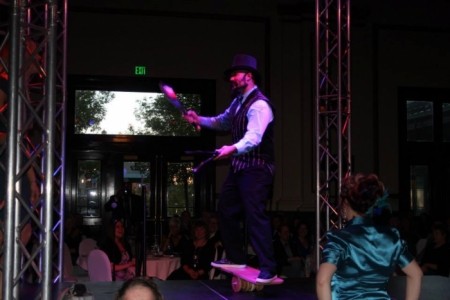 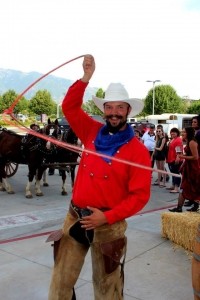 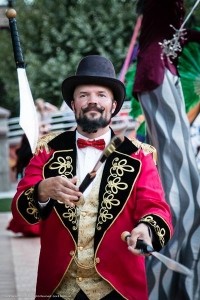 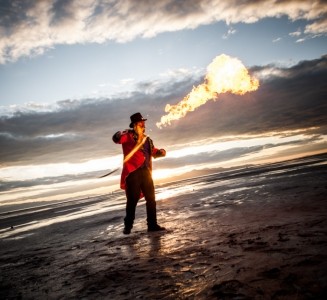 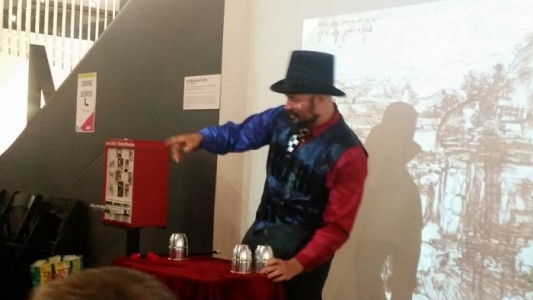 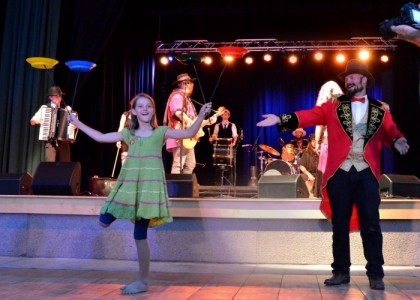 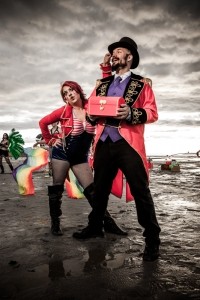 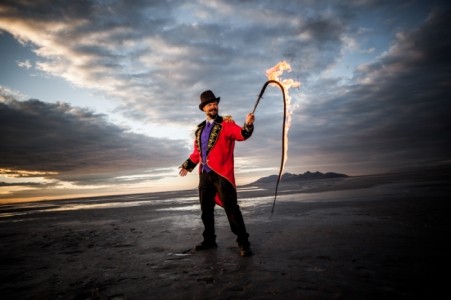 "Hilarious! Lefty is a true showman"
-Brandon Burt Cityweekly
"Lefty is a wonderful magician!"
-BENJAMIN J. TILTON S.L.U.G. MAGAZINE
"Beloved by all! A master at his craft, he is charming, talented and passionate about his art form. Every part of his character is intriguing; from his engaging, crafty and mysterious smile to his shining eyes! Old and young love him! We must make sure to book him early for next year!"
-Linda Shattuck - Coordinator Utah Valley Renaissance Faire
"Dashingly handsome, funny as hell, spiritually talented, and very entertaining."
"You ... r entertainment to our group on Saturday was great! Everybody enjoyed themselves. I will most definitely recommend you to other groups that are looking for entertainment!"
-Addison Sharp
Campaign Manager
Dignity Memorial
"He was a real hit! I received lots of comments after his show. People really liked how he included a student in every magic trick and they all felt like he related so well to our school and students. How fun! Thanks!"
-Rita Bouillon, Principal
The Kauri Sue Hamilton School
"You were terrific- Everyone was pleased with the event and loved your performance. Thank you so much for making our event a success!"
-Sarah Saxe, Curator
National Mining Museum
"Elias Caress puts on a great variety show!"
-Angela Thompson
Entertainment Chair
Saratoga Springs City, Utah
"Elias is a great performer! Very entertaining & professional!
He is first on the list for our go to guy for great entertainment"
-Cindy Roberts
Innovative Design Concepts
"You totally exceeded my expectations! Thank you so much for making our event a success!"
-Jill Terry
Health Catalyst (Healthcare Analytic Summit)
"The best you can find! Once you discover Elias no other magician will do."
-Karalyn Diederich
Gigsalad
"What a way to wrap our evening at our Company Christmas Party with the performance of variety entertainer Elias Caress. After our delicious Christmas meal, Elias engaged and entertained a room full of people with amazing never before seen magic tricks including and interacting the audience along with some great humor. After the show the guests were absolutely delighted and enjoyed the show so much they want Elias back for the next Company Party!"
-Brenda Lightfoot
United Contractors
"Elias was great.. funny, engaging, fast moving and read the room well. The diversity of the tricks and magic was solid. We would hire Elias again!"
-Melissa Worrel, Farm Bureau Financial