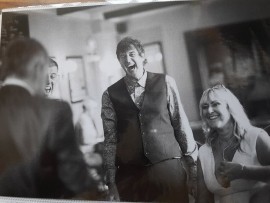 When contacting this member, please state that you are viewing their Entertainers Worldwide profile.
Request a Quote
Share this Page:
Profile Views: 945
Report this profile

I am a Professional Entertainer/Magician living in Shrewsbury, Shropshire. My act is packed full of comedy, one liners, audience participation, good magic and singing impressions.
I am also a (pretty good!) Close Up Magician, and entertain at many corporate events and weddings.
I travel with my own Bose PA System, stage and back-drop, so I am fully self contained.
Member of Equity, with Public Liability Insurance of £10,000,000.

My parents were Professional Magicians for many years and appeared on the London Palladium and 20 years aboard the worlds top cruise ships... So I grew up watching magic and really good magicians.
I originally started my stage career, over 30 years ago, as a comedy impressionist, but decided to put magic into my act... it has since become an obsession!
In 1986 I won the 'British Comedy Magician of the Year', I won this again in 2006.
I am also an experienced Compere, and have compered on the Blackpool Opera House and the Buxton Opera House.
In 2015 - 2016 I was President of the British Mag ... icians. (1100 members) 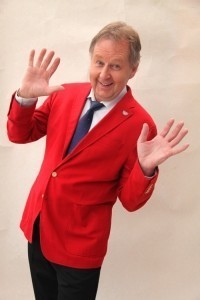 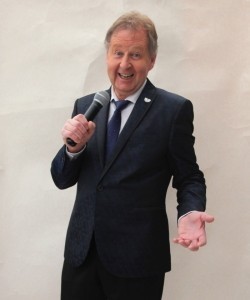 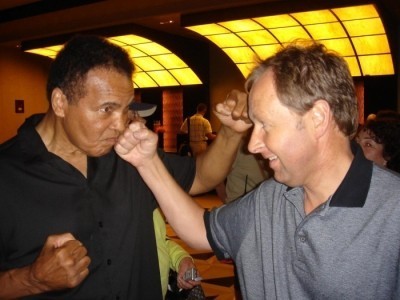 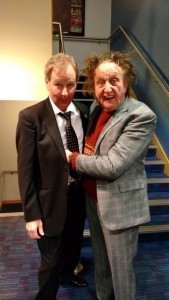 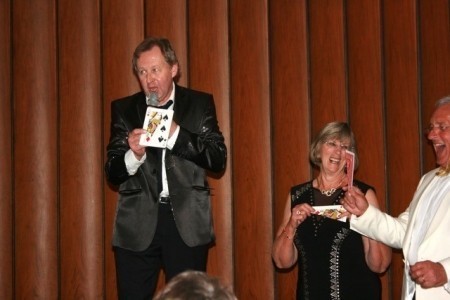 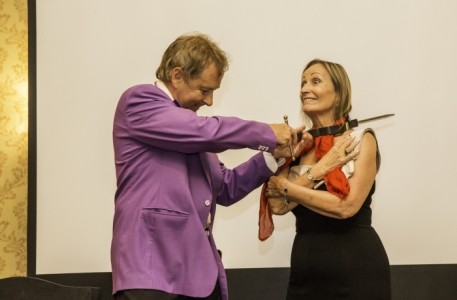 PAUL RAY - Other Comedy Act - Shrewsbury, West Midlands Event Location: Moat House, Acton Trussel, Stafford Event Type: Corporate Event 1st April 2017
I recently booked Paul for an old boys annual Dinner. The age range was from 52 to 87. To say that the show was wonderfully entertaining is an understatement and Paul was given a standing ovation. His magic is fascinating and his comedy very funny getting many laughs. Everyone in the audience thanked me for a wonderful evening and said it was the best after Dinner entertainer we had ever had. I would recommend Paul to anyone who wants a thoroughly enjoyable evening.
Reviewed by: Derek Randles
PAUL RAY - Other Comedy Act - Shrewsbury, West Midlands Event Location: Pentre, Wrexham Event Type: Village Hall 4th March 2017
Good evening Paul, Thank very much for coming to entertain us on Saturday night. The feed back has been never ending since. They all want you back so I suggested you could come this Saturday!!! "They've never had such a wonderful evening in this area in living memory" "I did not expect other than, 'not a lot' how wrong could l have been" "I've not stop thinking or laughing and it's now Monday" and so on and on and on....
Reviewed by: Dylan Jones

In 1986 I won the 'British Comedy Magician of the Year', I won this again in 2006.
I am also an experienced Compere, and have compered on the Blackpool Opera House and the Buxton Opera House.
In 2015 - 2016 I was President of the British Magicians. (1100 members)
Appeared with Roy Hudd, Ken Dodd, Sylvia Simms and Paul Daniels.