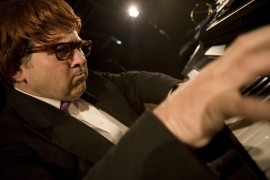 It is one man and a piano, it’s like Eric Morecambe goes classical. Lots of music jokes , anecdotes, sketches, songs, a show for a Classic FM audience, “The boisterous comedy talent of Stephen Daltry” (The Stage). ‘Daltry is like an oversized Dudley Moore..'
: 07815746167 and XXXX Click here to reveal
full number

When contacting this member, please state that you are viewing their Entertainers Worldwide profile.
Request a Quote
Share this Page:
Profile Views: 496
Report this profile

‘It’s like Eric Morecambe goes classical. Imagine JS Bach writing his latest masterpiece whilst supervising a creche of 21 children. Stephen Guy Daltry acts it out. This award-winning Film/TV composer takes you on a mirth-filled musical tour, part autobiographical, part concoction; it’s a comical mix of sketches, one liners, songs and anecdotes, laced with beautiful piano-playing, the odd tango and his own unique compositions.
Requirements:
A grand piano is the best, but a low digital piano is fine. Or Stephen can bring his own keyboard with amplifier. Also a CD/USB player for cer ... tain FX cues.

Stephen Guy Daltry, Actor, Composer, Pianist and Filmmaker, was born in Sawston, Cambridge. He is no relation to Roger and currently has no trout farms - although he has scored two award-winning films about fish, ‘The Lost World of Mr Hardy’ ( a ‘gorgeous musical score’ – director Ken Russell, The Times, Oct 2009) and the soon to be released BBC Scotland documentary ‘Of Fish or Foe’. Before training at the National Film School he tried various jobs, as actor, typist, lab aide at St Thomas’s, and as busker (on accordion, not piano). In his critically acclaimed Edinburgh Fri ... nge show ‘Ludwig’s Van’ Stephen relates his passion for composing and the lives that composers lead. Stephen has composed and played on many scores for TV, including BBC2’s ‘The Hunt’ (Cultural Prix Italia) two documentaries on Princess Diana for ITV and, the Sundance Festival hit, 'The Moo Man’. Stephen’s stage musicals include the critically successful adaptation of ‘Alice through the Looking Glass’ with writer & dramaturg Maureen Thomas, ‘Seats in All Parts’ with writer/director Lesley Albiston, and the fantasia ‘Did You Dr Crippen?’ with playwright Brian McAvera.
Described by The Stage as a “A boisterous comedy talent” (The Stage) Stephen's first role was Chief Ant in the Insect Play at Caldew School, Dalston; he graduated to playing larger creatures with the Manchester Youth Theatre (‘Police Chief Tiger Brown’ in ‘The Threepenny Opera’ at the Library) and royal - his portrayal of Queen Elizabeth II at the Leicester Square Theatre in Justin Butcher's 'Prisoner of Windsor' was complimented in The Telegraph, Stage and What's On. He has played country bumpkins, pub landlords, shady businessmen and boatmen in his acting career to date, as well as a busker in his own Jacques Tati-inspired film ‘The Accordionist’ , and also played a bather in his film homage to Claude Debussy, (‘Debussy’ National Film School).
Stephen would also like to make clear that he is not and has never been Stephen Daldry, and has not directed any productions of Billy Elliott whatsoever. 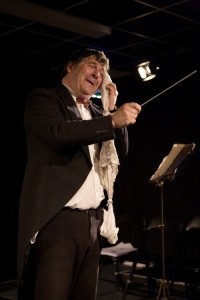 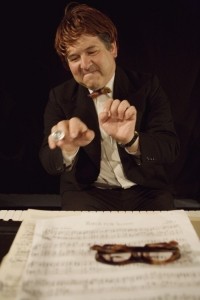 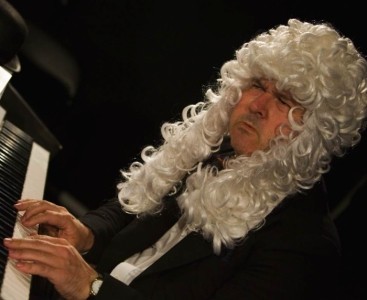 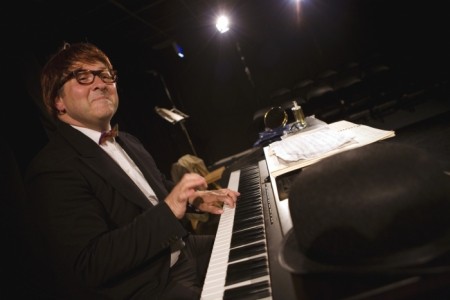 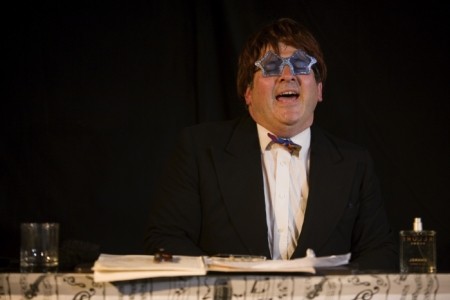 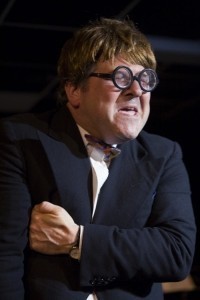 Stephen Guy Daltry - Other Comedy Act - Chiswick, London Event Location: The Kennels, Goodwood, Sussex PO18 Event Type: Beaujolais Nouveau Dinner 15th November 2018
On behalf of the team at the Kennels, we would like to say thank you for transporting our members to France with your rendition of the best loved French songs with your accordion. Our Beaujolais Nouveau dinner was as ever a great success especially given the welcome you gave our guests as they entered the building. We can't wait to have you back with us in 2019!!
Reviewed by: Assly Clarke, Guest Relations,
Stephen Guy Daltry - Other Comedy Act - Chiswick, London Event Location: Pheasantry, 152 King's Rd, Chelsea, London SW3 4UT Event Type: Musical Comedy Cabaret 30th October 2018
Thank you for a wonderful evening on 30 October -- great venue, great piano, great raconteur and performer. Loved it. Hope to enjoy one of your sessions again soon.
Reviewed by: Paddy Jackson
Stephen Guy Daltry - Other Comedy Act - Chiswick, London Event Location: Hessett House, Beyton, Suffolk Event Type: Birthday Party 11th February 2017
Stephen entertained at my sisters 50th Birthday dinner party last weekend in Suffolk, mixing comedy and superb piano playing. Having supplied Stephen with as much info on my sister and family and friends who were attending the evening, he gave a This is Your Life performance and also managed to mention everyone in the room, in an extremely comedic way. The room was full of laughter, the guests hanging off his every word. Everyone, from the Grandchildren to the Grandparents were giggling throughout. We would very much recommend Stephen to liven up any event.
Reviewed by: Susie Barton

Pizza Express Live. Joseph Paice, Booker. Two hour show with interval for the Pheasantry, King's Road.
Michael McIntyre Big Show. Nick Jarvie booked me to sing and play on accordion 'Shuddapa Ya Face" for the night-time slot.
Christian European Visual Media Conference. Entertained at the piano at many of their conferences in Europe.
Renault Derby, played for their car launch Sept 2010.

Have public liability insurance as a full paid up member of Equity Actors Union.
Regarding CRB check, I have a disclosure, issued October 2017.