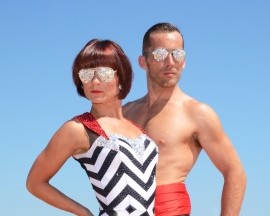 (no reviews)5.0
Country: United Kingdom
Based In: Bedfordshire, East of England
Performs: Worldwide
From: From £300

We specialise in Latin and Ballroom with the added skills of Argentine Tango, Salsa and Lindy Hop. We also specialise in Quick Change Illusion and Adagio.
Request a Quote
Share this Page:
Profile Views: 453
Report this profile

Founded by Leighton Jones and Jo Almond, Epic Moves gives people the opportunity to experience the seductive world of live dance performance, incorporating illusion and performance into a multitude of dance styles to give a compelling and captivating show.
Leighton and Jo have been dancing together for 3 years and have travelled the world pursuing their passion for dance in various different countries. They have performed for companies such as Future Hotels, Louis Hotels, First Choice, TUI Travel, Thomson Gold, Thomas Cook, Fred Olsen, Holland America and P&O Cruises.
Leighton began danc ... e training aged 7 in Old Time and Modern Sequence, but his life as a dancer really began when he discovered Latin and Ballroom. He has achieved county and national tites and has travelled the world performing and competing. Eventually, Leighton's desire to perfrom led him to Cyprus where he started up his own production company, employing dancers, singers and entertainers and touring the country performing in many prestigious venues.
Jo studied Contemporary dance at Bedford College, before progressing to Middlesex University where she graduated with a 2:1 honours degree in Dance Studies. Her training in contemporary dance has given her the opportunity to dance on many stages home and abroad. Dancing alongside Leighton as part of his dance troupe in Cyprus, she began her journey through Latin and Ballroom.
Leighton and Jo are constantly seeking the chance to develop themselves and add to their dance repertoire. This ambition has taken them around the world, from Pole Dancing in Portsmouth to Argentine Tango in Buenos Aires.
Due to their continuing development, Epic Moves continues to evolve and change with ever more engaging and awe inspiring shows.

We both have experience in the entertainment industry on both land and sea. We have a vast amount of experience with teaching and performing.
2009 - 2011 - We worked for 4Front Entertainment. We toured around the island of Cyprus performing 10 to 12 shows a week.
2011 - Current - Various different cruise lines. We have been performing as a professional cabaret on many different cruise lines with the shows listed above. We also offer workshops onboard the ships as this allows us the opportunity to engage with the guests. 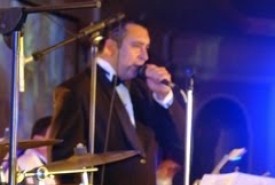 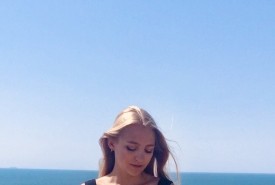 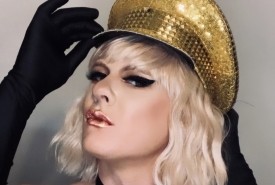