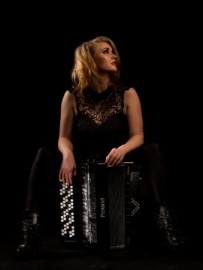 I'm a world champion digital accordion player, in other words: One woman's band. I play everything by myself and I also do some singing. I play from heavy metal to pop and classical and I love to confuse people with my playing!
Request a Quote
Share this Page:
Profile Views: 914
Report this profile

1. I'm capable of being a troubadour: I play and sing heavy metal, pop, rock etc. I have no backing tracks, I play everything by myself even tho it sounds like there is a whole band.
2. I have my own show called The Greatest Movies of All Time. It is a concept where I play 8 different movie soundtrack which I have arranged by myself too. Concept includes the movies called Forrest Gump, Jurassic Park, Beauty and the Beast, Titanic, Schindler's list, Braveheart, Pirates of The Caribbean, Lion King. This is a must see show, because you won't believe it until you see it!
3. I can be a so called ... a surprise act where I play many kind of music styles and confuse people! :) This is what I do a lot in Private parties and corporate events.

I am a world champion in digital accordion 2015, I won the Golden Accordion competition too in 2006. I played in heavy metal band called Turisas during 2007-2011. I also played in folk metal band Ensiferum in 2015-2017. I've been a quest star in several Finnish heavy metal bands such as NIGHTWISH, CHILDREN OF BODOM. I've been playing accordion since I was 5 years old, and since 2010 I have been playing for a living. 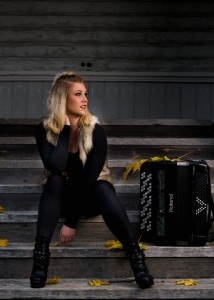 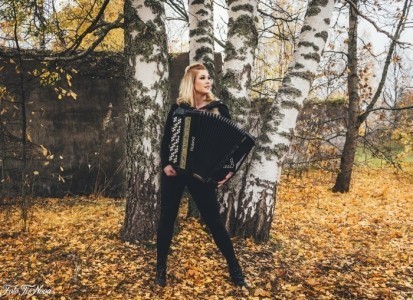 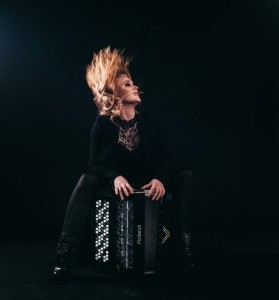 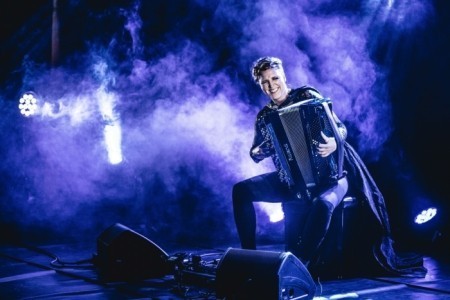 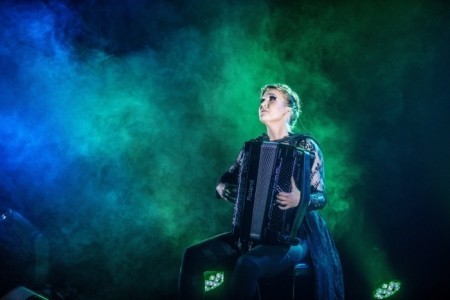 Netta Skog - Other Instrumentalist - Event Location: Finland Event Type: Wedding 1st August 2018
"Netta is an incredibly talented accordionist and singer. We had experienced her music performance 2 years ago before our own wedding and when we started our own wedding planning, we immediately knew who would be the best artist to play music in our rustic countryside wedding party. Netta played and sang our wedding’s “first dance”, which was an incredibly beautiful and an unforgettably lovely music performance. She didn’t know the music we chose beforehand so she practised this song just for us and it made our day unique. After the wedding dance Netta played all kind of dance music with her electric accordion and our guests were dancing, singing along and enjoying the music. Many of our friends and relatives came to us praising this special artist we chose for our wedding and we could tell that Netta’s happy smile, humoristic stories in between each song, incredible talent in playing an electric accordion and her beautiful voice made an impression on all of us. Hundreds and ...thousands of thanks to you Netta for making our wedding a special and unique experience to all with your music performance. Titta and Thomas" www.ikilomalla.fi @ikilomalla FB: Ikilomalla
Reviewed by: Ikilomalla.fi

Request a Quote
Share this Page:
Click here to view all of our Other Instrumentalists on Entertainers Worldwide
Browse all Entertainment Hire options!