I'm looking for:
near:
No valid location selected.
You Are Here: Musicians / Other Instrumentalists / United States / California / relaxSonic 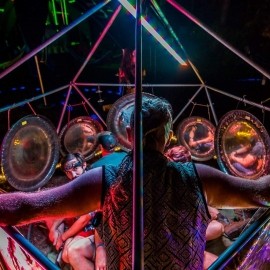 relaxSonic takes you where only your imagination can and is the only musical experience that takes you for a ride! Audience members lounge inside a custom chamber while our sonic sculptors perform around them 360 degrees!
: 720520XXXX Click here to reveal
full number

Come fly with us and set your troubles free! relaxSonic takes you to where only your imagination can and is the only musical experience that takes you for a ride. Our performers utilize an engineered sound chamber housing a collection of nickel-silver planetary gongs directed inward on our audience producing a remarkable one of a kind auditory encounter. Performing around you 360 degrees our Sonic Sculptors play light sequences creating a unique soundscape immersing you in a blanket of powerful vibrational frequencies. These vibrations dance throughout your body giving you an extraordinary sen ... sory experience not only heard but felt. This sound immersion magically takes you away from the chaotic modern environment and brings you back. There by creating the illusion of transport giving life to our travel metaphor. Come ride with us we are the vacation from your vacation.

relaxSonic is fueled by the passions of Stephanie Smith, James Thomas, and a group of regional volunteers who are dedicated to sharing the concept of vibration by means of performance and demonstration Since 2008, The relaxSonic crew has been traveling extensively throughout North America showcasing their unique entertainment concept at music and art festivals as well as private functions and other public gatherings.
The tremendous gratitude from fans and participants during a 2008 festival trial run that included Camp Bisco, Rothbury, Gathering of the Vibes , Mountain Jam and a handful o ... f small New England venues incited an expansion from a lose hobby to a full time commitment. In 2009, The crew’s first full tour with a box truck, an easy up, a few gongs, a chair, and a lot of courage (then known as Gong The Planet) ensued with great success. The group set off on a 28 state tour that lasted almost six months, allowing them to share their performances with thousands of unsuspecting festival patrons effectively making them a staple on the music festival circuit. When the dust cleared at the end of the 2009 summer season relaxSonic was born. Now with a more cohesive stage they were able to share their art form with greater numbers, and take the concept to another level by adding lighting, digital sound, and an organized effort. 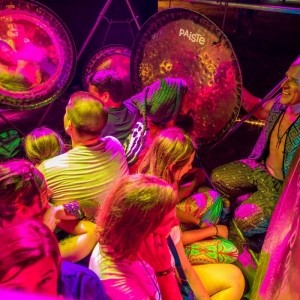 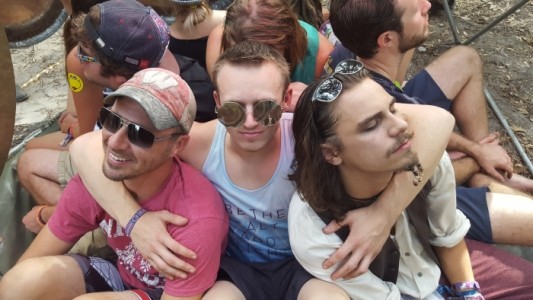 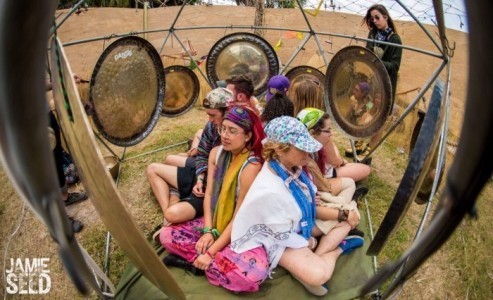 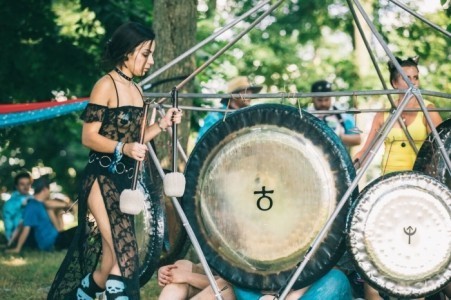 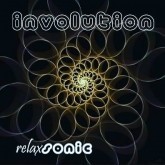 
6 amzing tracks for relaxation and meditation