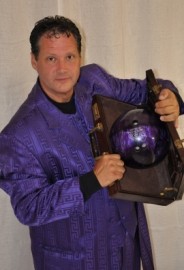 (no reviews)5.0
Country: United States
Based In: San Antonio, Texas
Performs: Regionwide
From: $600

Dwayne Stanton will quickly help you realize that magic and comedy go hand and hand. Dwayne has performed for resorts, churches, and corporate events as a stand-up comic and magician for 20+ years! The audience is either astounded or bursting with laughter during his performance, never knowing what to expect from him next. www.StantonMagic.com

Dwayne learned his first magic illusions from his father as a young child and became a fan of magicians from then until now. He was a stand up comedian throughout high school and college. It was in college that he began adding magic to his stand up act.
After starting a family and limiting his performances to family and friends, he began to build a show for children and started performing birthday parties. From there was asked to do church functions, so he put together a gospel magic program to teach practical lessons from the Bible using magic as a visual. He then began using his come ... dy and magic training to promote various corporate entities.
Dwayne travels around the country entertaining groups of all ages, sizes, and callings. He performs at birthday parties, Christmas parties, weddings, and many as other functions that need a special joy and pizzazz added to the party.
Member and President of Ring 18, International Brotherhood of Magicians
Member, Society of American Magicians
President, San Antonio Assembly of The Society of Young Magicians 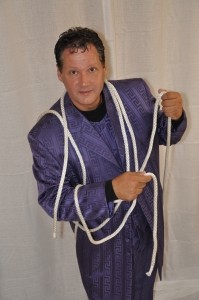 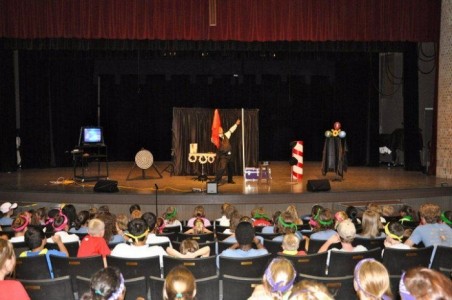 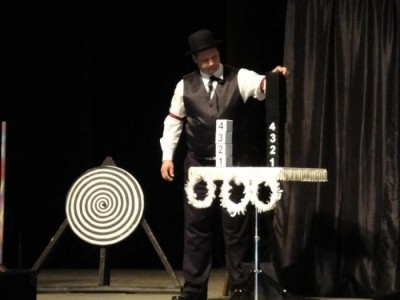 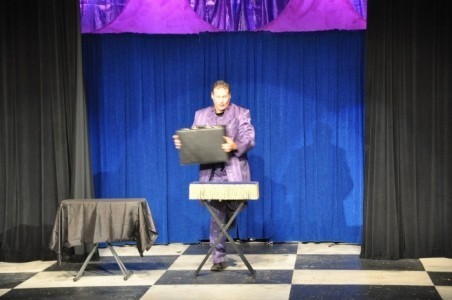 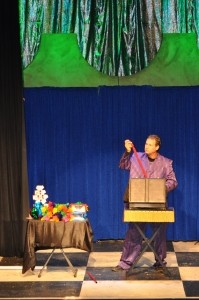 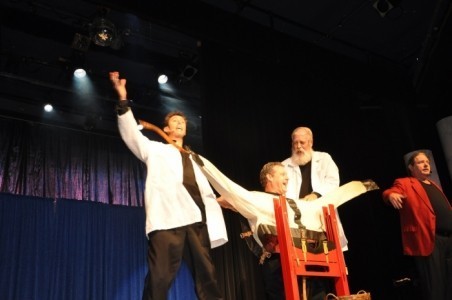