Comedy Magic and Illusion Show (Awarded 5 stars on Tripadvisor) I have appeared in my own TV shows both in UK and America on the channel Hazard in US TV shows Streetmagic TV and BBCs Now they see me. I have a Solo Comedy/Illusion show & FULL Illusion
: 0754117XXXX Click here to reveal
full number

When contacting this member, please state that you are viewing their Entertainers Worldwide profile.
Request a Quote
Share this Page:
Profile Views: 822
Report this profile

Matt Grindleys "Magique" is a fast and Funny comedy magic and illusion show. The show has been rated as 5 Stars on Tripadvisor and a recommended show to see by Tourist information UK. The show combines fresh and funny comedy with Jaw dropping illusions. For a show show full of fast paced magic and illusion and complete with Matts Dancers the Diamonette Show Girls.
The show can also be tailor made to suit any event Theatre,Summer Season,Corporate Trade Shows etc.
Reviews:
" Very Fast and Very Funny" - North East Metro
"The biggest thing to hit Blackpool since the tower" - Big one Production ... s

I have been performing Magic since I was 9 years old, and my life hasn't been the same since!!
I have performed in Many summer season shows with acts like, Cannon and Ball, Jimmy Cricket, Keith Harris and Orville. I have also performed internationally and in the UK in my touring shows "One night In Vegas" and "Magical Christmas"
I was nominated "Uk Entertainer of the year" and recently Won "Best in Europe" Award at a recent Magic convention 2015. 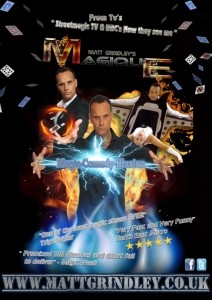 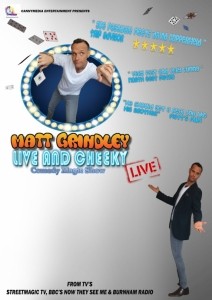 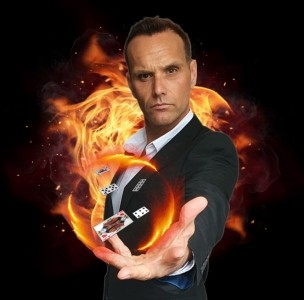 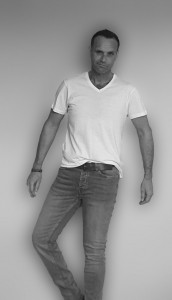 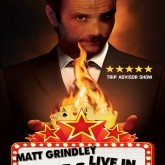