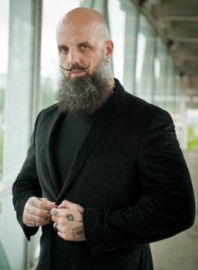 Matt Johnson is a Master Magician and Escapologist from Canada. He has appeared on hit TV shows like Britain's Got Talent, Penn & Teller Fool Us and Wizard Wars. He has over 400 Million views on YouTube and has been viewed in over 60 countries.
Request a Quote
Share this Page:
Profile Views: 3461
Need Help?
✖