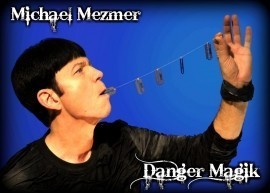 (no reviews)5.0
Country: United States
Based In: Fontana, California
Performs: Worldwide
From: Contact

Michael Mezmer's DangerMagik is a multi award winning show that has been seen in 25 countries. Michael presents cutting edge original magic demonstrations in the style of Criss Angel and David Blaine. Michael has performed for Princesses and Presidents.
: 1-951-315-XXXX Click here to reveal
full number

When contacting this member, please state that you are viewing their Entertainers Worldwide profile.
Request a Quote
Share this Page:
Profile Views: 118
Report this profile

Michael Mezmer, “The Phenomenist,” has presented his astonishing DangerMagik to millions of people in 25 countries around the world. From the Great Wall of China, to Las Vegas, Disneyland, and the world famous Magic Castle, people have been absolutely blown away by Michael’s dramatic demonstrations of illusion. DangerMagik is a family show in the cutting edge style of Criss Angel and David Blaine, where audiences of all ages are taken beyond imagination to witness the impossible.
The DangerMagik show features incredible demonstrations of organic magic phenomena. Each presentation is p ... erformed with real world items including: razor blades, animal traps, staple guns, arrows, paintball guns, leather straps, and steel chains. Michael presents a fantastic variety of mysteries including escape, necromancy, physical challenge, mind over matter, psychokinesis, levitation and so much more.
There are thousands of magicians in the world, but Michael’s original magic concepts combined with his dramatic performance of illusion are what make DangerMagik a one of a kind show. Whether performing on an exclusive cruise ship, at major amusement parks, state fairs, corporate parties, Nevada casinos, or on national television, Michael has proved to be a major draw and a standing room only attraction.
Here is what entertainment experts are saying about Michael and his DangerMagik. Greg Bennick, lead singer of the hardcore rock band TRIAL and film producer says, “Michael is the perfect combination of the sophisticated and the bizarre.” Ed Thomas, Past National President of the Society of American Magicians said “Michael’s showmanship and presentation are superb.” After watching Michael perform, Joe Monte producer of Criss Angel’s MindFreak TV series enthusiastically said “Bravo.”
Michael is a multiple award winning magician and has been named “Escape Artist of the Year” and “Best Illusionist” by the Society of American Magicians. Michael has been honored to present command performances of his DangerMagik before princesses, presidents, and superstars of entertainment including the legendary Michael Jackson.
No matter how many magicians you have watched before, or what type of magic demonstrations you may have seen performed, you have never witnessed a show as unbelievable as DangerMagik or a performer as intensely entertaining as Michael Mezmer “The Phenomenist.” 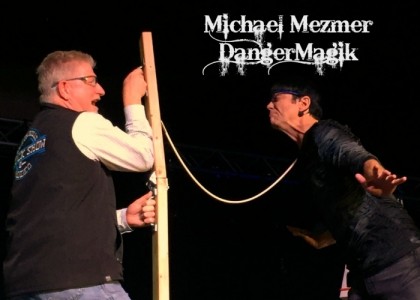 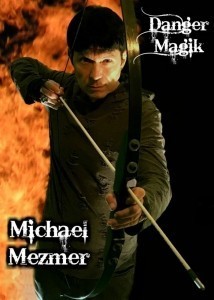 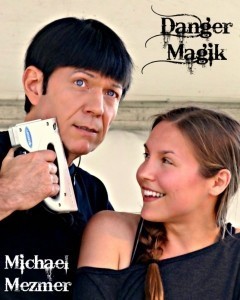 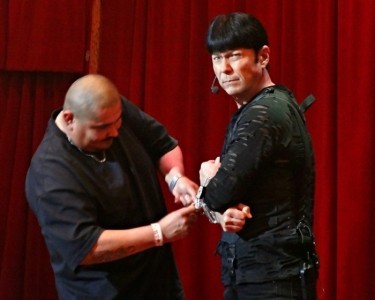 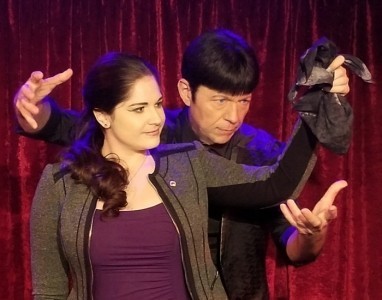 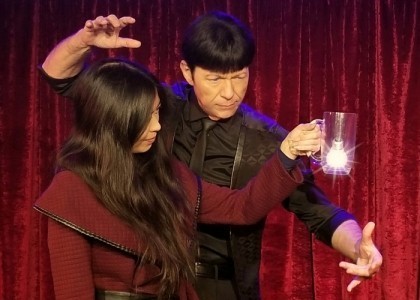 DangerMagik is a full insured show.