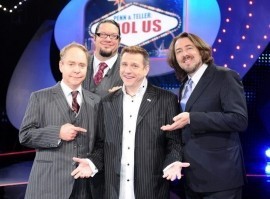 Shawn Farquhar of British Columbia Canada holds the current title "Grand Prix World Champion of Close-Up Magic" from the Fédération Internationale des Sociétés Magiques. His other awards include being the only magician in history to win First Place at the International Brotherhood of Magicians (IBM) for both Stage and Sleight of Hand; Canadian Association of Magicians Magician of the Year twice; First Place at the Society of American Magicians annual magic convention competition; and three Silver (2nd Place) FISM awards plus a First (World Championship) in Card Magic plus the Grand Prix W ... orld Championship for Close Up in August 2009 at the FISM World Championship of Magic in Beijing, China.
Shawn travels the world extensively performing and lecturing for magicians and consults for TV shows and motion pictures. He has appeared on the cover of the largest magic publications in Asia, Europe and North America. He has also appeared on stages all over the world, including the Riveria in Las Vegas, Opera House in Blackpool and Orpheum Theatre in Vancouver . He has appeared on television shows including Ellen in the USA, Fool US in the UK and Urban Rush in Canada. He is the current President of the Canadian Association of Magicians. 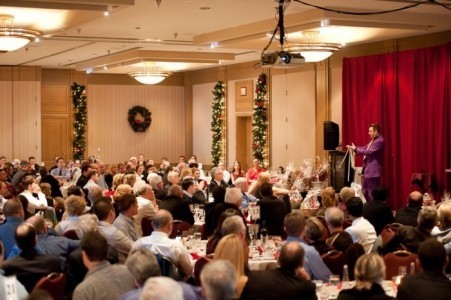 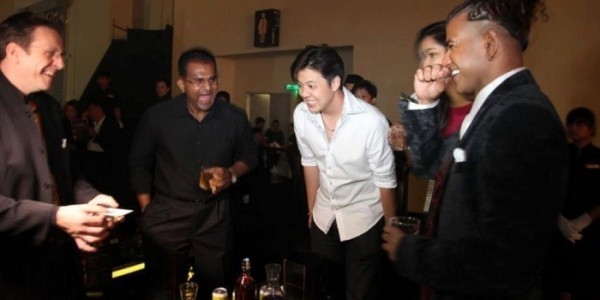 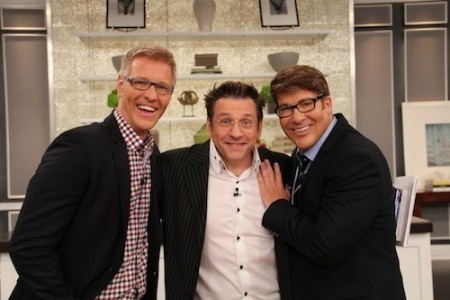 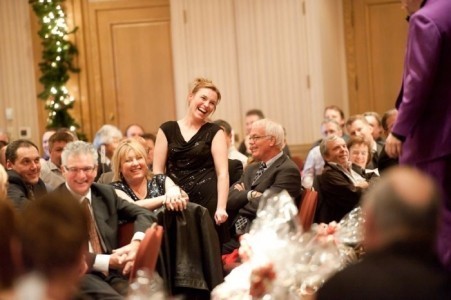 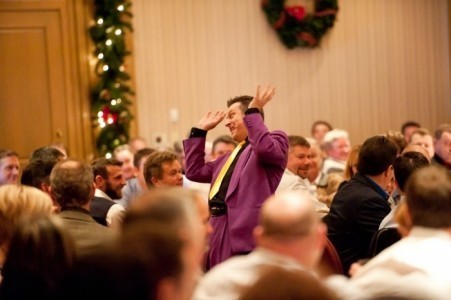 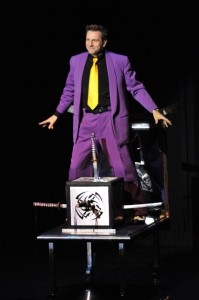 As a two-time world champion of magic Shawn has an incredible arsenal at his disposal to create your entertainment package. Everything from the small up close style magic to the newest and most advanced illusions you would see in the showrooms of Las Vegas.
”He’s the magic equivalent of one of the seven great wonders of the world.
Once you have seen him, you’ll never forget Shawn Farquhar.”
-Graham Hey, Magic Seen Magazine
A brief description
There are basically two different disciplines of magic. Stage and Close Up. Most magicians will be students of one o ... r the other. Shawn is a master of BOTH. In fact he travels the world to teach other magicians at events like Siegfried and Roy’s World Magic Seminar in Las Vegas. When engaging Shawn for your event consider having him doing both the Sleight of Hand and the Stage show.
Sleight of Hand Show
Nothing is more amazing than having the magic happen in your own hands. Every great magician begins and ends their career with a deck of cards. Shawn is no exception. In fact he is the 2009-2012 world champion of cards and the Grand Prix World Champion of Sleight of Hand.
At your event Shawn will mingle among your guests presenting card effects that are unlike anything you have ever seen before. Imagine a deck of cards spilling from his mouth or perhaps turning into a block of glass in your own hands. These are just a couple of Shawn’s signature pieces from his Sleight of Hand show.
How does he do it? …it’s his job!
Stage Show
The room will explode with excitement when Shawn takes to the stage. His infectious smile and true love for his job shines through in all that he says and does. You can be assured he will amaze and amuse your guests with many of the routines he has used to win his countless number of awards. The basic show is 45 minutes of interactive magic and comedy. This show can also be upgraded to even feature illusions.

Although for the past decade Shawn has been almost exclusively appearing on the luxurious vessels of Norwegian Cruise Line, he does get the opprtunity to travel to make personal appearances every once and awhile. Here’s just a few recent memorable moments.
•Grand West Casino – Cape Town, South Africa
•Congresso Brasileiro de Magicos – Sao Paulo, Brazil
•JCB World Conference – Honolulu, Hawaii
•FISM – Stockholm, Sweden
•Galiano Music Theatre – Athens, Greece
•International Magic Festival – Macau, China
•World Magic Seminar – Las Vegas, Nevada
Each of th ... ese events listed above were customized presentations designed with their audience in mind. Many of the effects and much of the comedy were created expressly for that particular show. When you want to really excite, enthrall and entertain an audience …you want Shawn! After all …it’s his job!
“Your connection with audience members of all ages helped to endear your skills as a magician with the sensibilities of the audience but left us wondering just how much CAFFEINE does it take to get ready for your show? ”
Gerald Franti – Passenger on MS Norwegian Star
Shawn has had thousands of clients so we have only listed those that have booked Shawn at least three times!
•Konica Canada
•Toronto Dominion Bank
•Ford Motor Ltd.
•Royal Bank of Canada
•IKON
•Air Canada
•Microsoft
•Holland America Cruises
•Cunard Cruise line
•Panasonic
•Canon
•General Motors
•Canadian Imperial Bank of Commerce
•IBM Canada Ltd.
•ORMED Information Systems
•All State Insurance
•New York Life
•Norwegian Cruise Line
•Royal Caribbean Cruise Line
•London Drugs