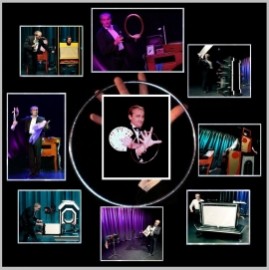 Applying several different programs, such as Manipulation, General Magic, Great Illusions and Close-up magic.
Flexible programs according to client’s requirements and adjustable to audience requests, stage set-up and scenarios.
Magician who knows how to present high quality magic shows in an enjoyable atmosphere, in any kind of environment and stage set-up. 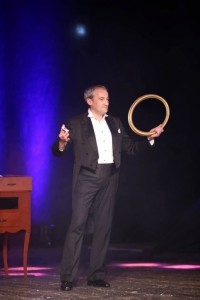 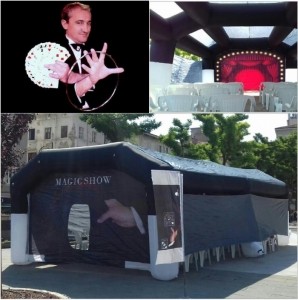 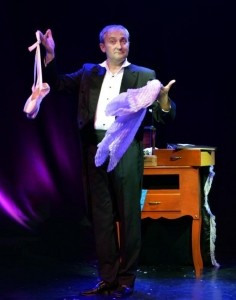 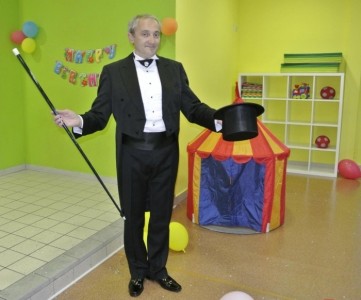 In 1989 I signed the first professional contract with Concert Direction Zagreb (Croatia).
After that I have worked in many venues throughout the territory of former Yugoslavia.
night clubs and hotels.
Hotel Parentium Poreč , Hotel Adriatic Umag, Hotel Kompas Kranjska Gora,Hotel Libertas
Dubrovnik,Hotel Slon Ljubljana,Hotel Metropol Belgrade.
In 1992 I started to work as a magician in Slovenian night clubs, hotels, and casinos.
1993 I start to work in Greece
for a short period , followed by five separate six monthly contacts for Cyprus Night-Cubs and Hotels
Four Seasons Hotel , Shera ... ton ,Navaria, Kanika, in Limassol and Lordos Beach Hotels in Larnaca
Cyprus.
For the past sixteen years I have lived in Slovenia. I have worked as a magician in Metropol nigh club,Casino Portorož and Casino Lipica. permanently employed by the company Aurora d.o.o from 2000-2010 http://www.aurora.si/
,Casino Bernandin. Hotel Belvedere-Izola, Casino Corona-Kranjska, Gora, Life Class Hotels-Portorož, Casino Andor Ankaran and Casino Aurora Kobarid http://www.aurora-hitstars.si/index.php?id=39&no_c
ache=1&tx_ttnews%5BbackPid%5D=39&tx_ttnews%5BcalendarYear%5D=2011&tx_ttnews%5BcalendarMonth%5D=11&tx_ttnews%5Btt_news%5D=2022
I have also presented numerous shows at private functions and parties in Slovenia and Italy.
From 5. February 2016 to 5. February 2017 I work one year contract in Taiwan Bada Forest theme park http://www.bada.com.tw/
from January 18 to February 11, 2018 I performed 24 work days at the Muscat Festival in Oman. 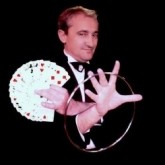