I'm looking for:
near:
No valid location selected.
You Are Here: Singers / Other Singers / United Kingdom / West Midlands / Edward Clarke 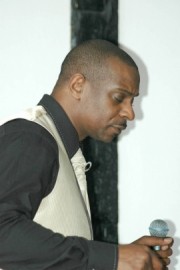 I am a singer song writer with a passion for music. I preform Motown songs which are tributes to some of the great Motown singers. I love singing a variety of world music and reggae and I also sing some of my own original music. I also perform with a reggae band
: 0795896XXXX Click here to reveal
full number

Are you looking for a professional singer to proform at you planned event then look no further... Introducing Eddie Clarke singer song writer and producer Eddie sings a wide range of Motown classic's as well as some R&B Favourites. His performances are relaxed and polished with an element of fun and personality. He brings some old school styles mixed with his smooth vocals to create a show your sure to enjoy. Eddie covers a wide range of music from Motown, soul, R&B, pop, northen soul and reggae. He also performs with a live band for reggae events and motown shows.

Music has always been my passion as a young child, I was allowed to take home the instrument from church. I loved playing all the different instruments whenever I could, the noise I made drove my parents insane. I learnt how to make beats in my room, this was my other passion both of which inspired me to become a singer/songwriter.
At secondary school I was in a band and we used to play at school concerts and go into other schools to play music. When I left school I became a member of a band named Bubble Free, we had gigs all around Birmingham but the most memorable by far was backing wi ... th Ziggy Marley at the Humming Bird in 1995.
I entered a competition the Granries Talent contest this was aired on cable stations, about 600 people entered the competition and after all the heats I won a trip to Barbados and a record deal I did some promotion work whilst I was there. When I came home we started work on the album, but unfortunately the recording manager died and the deal ended but my love for music grew stronger.
Myself and some friends made a group called Absouloot it had good coverage in soul trader and newspapers as the best RnB band in the country but this manager also died. At that time it had felt like every time I was ready to get that break, some tragedy struck so the group went their separate ways. I then joined EDM but the lead singer left to sing for the Drifters. So my next journey was to Spain with a tribute act for the 4 Tops and Temptations, this lasted a few years, then I came back to UK and started a family and a normal 9-5 job. I got an agent and started doing Motown tributes in clubs and hotels around the UK. I was lucky enough to bring my daughter Relley C with me to many shows, she also became interested in music and became a talented singer and writer and appeared on the X-factor 2016
I have a huge portfolio of music that i have built up over the years, my music can be found on my website along with platinum beats which are beats created by me ready to buy or custom made to your specification. 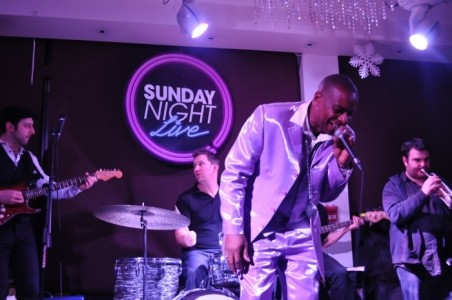 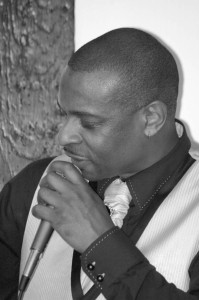